Beirut has rebuilt before. Here’s how the city will do it again.

A month ago, the Lebanese capital exploded. With the latest reconstruction, residents struggle to preserve their heritage.

Beirut was beginning to rebuild after 15 years of civil war when Joseph and Nijmeh Erdahy began to build their own life together. It was 1991, and the couple had married and rented an apartment on the bottom floor of a 19th-century sandstone house in the Lebanese capital’s eastern Ashrafiyeh (Achrafiye) district. It was near the hospital where Nijmeh worked as a nurse.

They lived there for the next three decades, until a massive stockpile of ammonium nitrate stored unsafely in the Beirut port detonated a month ago, on August 4, 2020. The blast tore through the walls and windows of the Erdahys’ house.

to the extent of the blast damage in

Beirut, Lebanon, after the deadly

Satellite radar imagery gives some clues to the extent of the blast damage in Beirut, 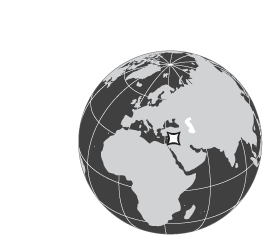 Shaken but unharmed, Joseph and Nijmeh collected the essentials they could from the rubble, and, with their developmentally disabled 24-year-old son, Elie, went to stay with Joseph’s brother. Since then, they’ve moved into a temporary one-room apartment and are unsure what will come next.

“Our children were born and raised in that house,” Joseph says. “All the things that my wife and I worked our whole lives for, it was all gone in a minute—boom, in one minute.”

Their house was among the approximately 6,000 buildings damaged or destroyed in the blast—including some 640 from the era of Ottoman rule that lasted through World War I, the French Mandate colonial period before Lebanon’s independence in 1943, and the modernist period before 1971. The explosion killed at least 191 people, wounded more than 6,500, and displaced as many as 300,000. A subsequent spike in cases of the novel coronavirus has added to the anguish.

(Related: Why must every Lebanese generation endure violent chaos—and its aftermath?)

Some of the damaged structures were well-known cultural landmarks, such as the Sursock Museum and nearby Sursock Palace. In the trendy areas of Gemmayze (Gemmayzeh) and Mar Mikhael, many of the old edifices had been renovated and housed cafés, bars, and restaurants that were popular with tourists as well as residents. But most were private homes.

The buildings had survived the civil war, the 2006 war with Israel, and the largely uncontrolled real estate speculation and redevelopment of recent years. Now, as Lebanon prepares to begin the rebuilding process, architects, activists, academics, and residents are organizing to ensure that it preserves the history and architecture of the damaged neighborhoods—and the right of people like the Erdahys to stay there.

“I think the danger is not in the physical reconstruction,” says Christine Mady, chair of the department of architecture at Lebanon’s Notre Dame University–Louaize. “The danger is in losing the social fabric that exists in these streets.”

Cycles of destruction and rebuilding

After the civil war, the Lebanese state was in no position to finance the rebuilding of Beirut. Reconstruction of the once bustling city center was handed over to a private company, Solidere, linked to former prime minister Rafik al-Hariri.

Critics say that the ensuing reconstruction erased the downtown’s history and turned its formerly lively markets and public squares, where people of all sects and social classes used to mingle, into a complex of pristine buildings filled with upscale shops and ringed by busy thoroughfares that cut off pedestrian access. The historic sites that remain, such as the once opulent Grand Theatre, built in the 1920s, and the former headquarters of the French-language newspaper L’Orient, from the same period, are largely inaccessible or abandoned and in disrepair.

“The heart of the city was always vibrant and mixed,” says Howayda al-Harithy, a professor of architecture and urban design at the American University of Beirut and research director at the Beirut Urban Lab. But now, she says, “It’s a ghost town because it’s a space for the elite. It’s unaffordable by anyone else, and that is proven by the fact that it stays [largely] empty.”

Meanwhile, Harithy says, the surrounding neighborhoods—those now impacted by the explosion—have remained “quite diverse.” While most are historically Christian, in recent years they have drawn young people from various backgrounds, including Syrian refugees as well as international tourists, journalists, and NGO workers.

“They attract young artists as much as old families that have lived there for 70 or 80 years, and it has a lot of affordable housing for low-income groups. We don’t want to lose that,” Harithy says.

Jad Tabet, president of the Order of Engineers and Architects of Beirut, which is conducting a survey of the explosion-damaged buildings, was one of the dissenters pushing to preserve downtown’s history during the post-war reconstruction.

“But because it was the end of the war, people wanted to look at the future,” he says. The idea behind the Solidere project, Tabet says, was to “regain the place of Beirut as a financial center, a center of business. This didn’t work, and Dubai is doing now what Beirut was supposed to be.”

The dangers of development

Tabet says he thinks it’s unlikely there will be a Solidere-like large-scale project in the wake of the explosion—both for economic reasons and due to a growing push in recent years to preserve historic sites.

But many residents fear a more haphazard razing of the area’s history, driven by the real estate speculation that had begun to reshape Beirut’s historic neighborhoods before the explosion.

A 2018 survey by Beirut Urban Lab researchers found at least 350 demolition permits had been filed in the past 15 years in areas that have now been impacted by the blast, wrote the lab’s Mona Fawaz.

While demolitions and construction had slowed amid an economic downturn in recent years with the collapse of the country’s financial system, people desperate to get their money out of banks began investing in real estate.

“We are really afraid to lose our heritage, because there are people who want to take advantage of this thing,” says Grace Rihan Hanna, an architect specializing in restoration who has teamed up with a group of other restoration specialists to assess and develop rehabilitation plans for the damaged historic buildings.

Hanna has been visiting houses like that of Bassam Bassila, a photographer and taxi driver who still lives in the two-story Ottoman-era house in Ashrafiyeh where he grew up. The explosion blasted out the elegant triple-arched windows and front wall of the house, turning Bassila’s living room into an open-air terrace. Chunks of sandstone from the collapsed wall are piled on the floor in front of the balcony—which is now separated from the rest of the building by a precarious gap—where a row of potted plants sit surreally undisturbed.

Before the explosion, Bassila says, he had been resisting the advances of the owner of a neighboring high-rise, who had bought the bottom floor of the building where Bassila lives and had been trying to persuade him to sell his share.

Bassila says he doesn’t have the money to repair the house and is waiting to see what outside funding might be available. In the meantime, he’s staying put, with or without a front wall.

“It’s my family home. I was born here, my father was born here in 1901, and we lived here all together … I can’t leave,” he says. Apart from the building’s personal significance, he says, it’s important “for the people to remember that there was this beautiful heritage.”

This time around, the city’s reconstruction may be different.

In a move cited as a victory by heritage advocates, the Higher Council of Urban Planning has designated the area affected by the explosion “under study,” which limits real estate transactions and new construction, at least for the time being.

UNESCO has launched a fundraising appeal aimed at bringing in at least a substantial portion of the estimated $500 million needed to restore heritage and cultural sites.

(Related: Ravaged by war, Beirut’s historic sites are being reimagined.)

In the meantime, Hanna’s group, working with the General Directorate of Antiquities and other authorities, launched the Beirut Built Heritage Rescue 2020 project to assess the damaged historic buildings and to stabilize those in danger of collapse until a plan and funding for more comprehensive repairs can be put in place. The group has assessed around 350 buildings, of which more than 90 were at risk of collapse.

The Beirut Urban Lab and other groups are working to ensure that residents of the affected areas have a say in the eventual rebuilding plan. And American University of Beirut’s Issam Fares Institute—along with the NGOs Lebanese Transparency Association and Transparency International—has launched a project to monitor the recovery and reconstruction process.

But ensuring that displaced families can return to their houses will not be easy. Even in buildings that suffered relatively minor damages, many owners lack the funds to repair broken windows and doors to make them livable before winter comes.

Donors, Tabet says, “are mostly interested in heritage. It’s more glamorous, but there is not only heritage. People want to live. They want to go back home.”

Abby Sewell is a freelance journalist based in Beirut, where she covers politics, culture, and travel. Follow her on Twitter.