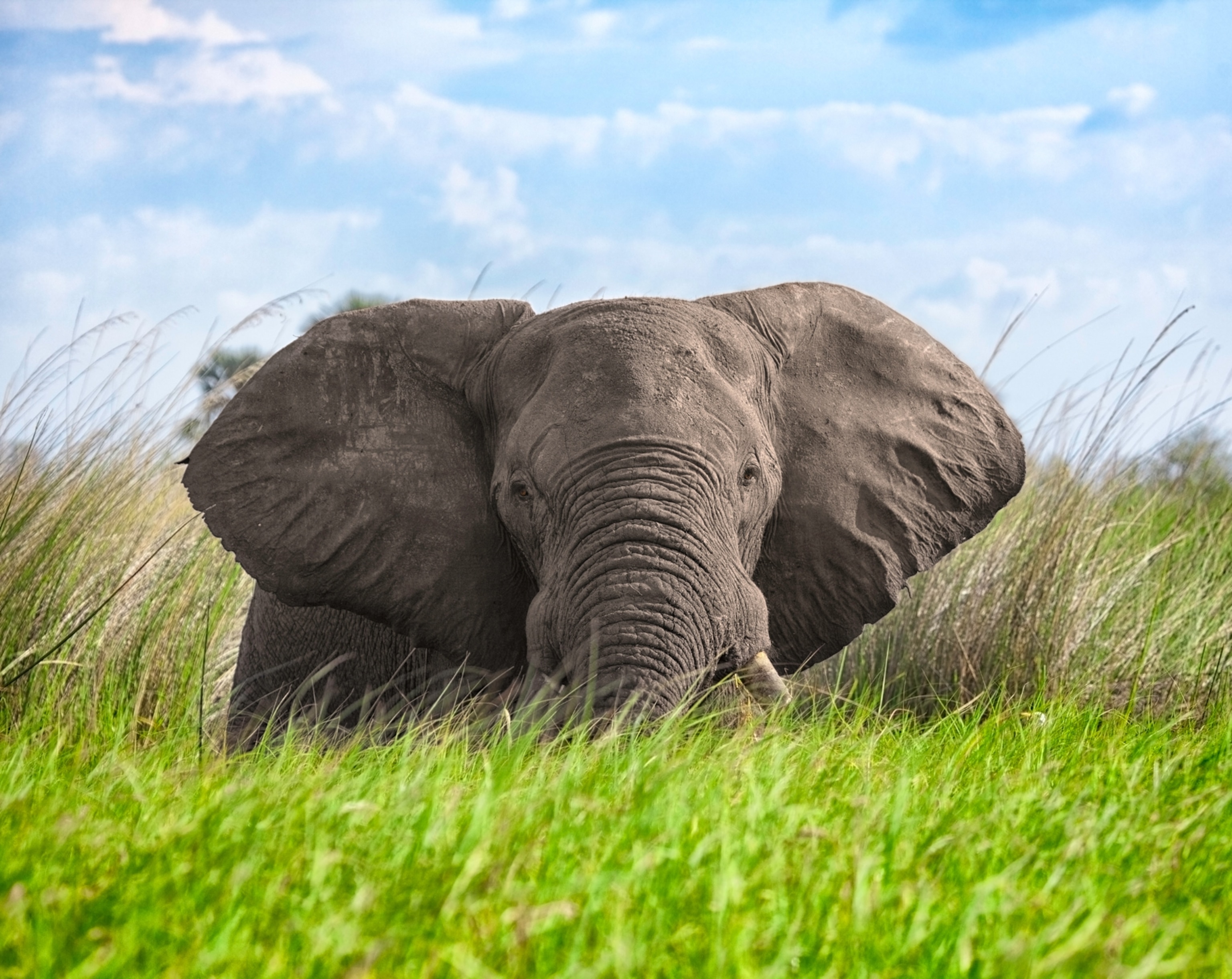 Set off into the wild and see the world like never before with this guide to the best experiences in 11 countries.

What images come to mind when you hear the words “African safari”? Sitting in the bush on a moonlit night, so close to a lion that you can feel the rumble of its roar in your chest?

Many travelers might conjure up visions of tented camps, gourmet meals under a baobab tree, game drives through golden savanna, and sundowners at the end of the day. But safaris can also involve self-guided rental cars, game walks, and fly-fishing. Safaris can be as varied as the continent of Africa itself.

One recent trend: expeditions that enlist travelers in the fight to save endangered wildlife. Tourists make a difference by joining rhino or lion conservationists at work in South Africa or accompanying researchers working on a chimpanzee habituation project in Kibale National Park in Uganda. (Read about the dark truth behind wildlife tourism.)

No matter where you go and what type of safari you choose, timing is key. Once you’ve narrowed your options, look into the best time to visit. South Africa’s summer (December through February), for example, is prime safari season in that region. You’ll still see wildlife if you go during South Africa’s winter (June through August), but pack a jacket, as temperatures can be chilly, especially before the sun rises.

Set off into the wild and see the world like never before with our guide to top safari experiences in 11 African countries.

Kruger National Park: South Africa’s largest game reserve, Kruger National Park makes a perfect home base for self-guided and first-time safaris. Stay in one of the park’s fenced camps, such as the Crocodile Bridge Rest Camp on the northern bank of the Crocodile River. Head into the bush early to explore the Southern Circle, famous for its competing lion prides and their varied hunting practices. Don’t miss the nearby hippo pool, but be sure to stay in your car outside of the camp. (Take a solo safari through South Africa’s wild grasslands.)

Hazyview: Not far from Kruger’s southwestern Phabeni Gate, Hazyview is a family-friendly hub for horseback safaris, zip-lining, safari golf, and trout fishing. Check in to one of the lodges, such as Hippo Hollow Country Estate, and then head out into the Kruger before sunrise on a self-guided game drive to scout lions and white rhinos. Break for lunch in the town of Skukuza.

Timbavati Private Nature Reserve: The rugged Timbavati is one of the private nature reserves that make up the greater Kruger area. Guests can choose from eight lodges there. An upscale chalet at fence-free Simbavati Safari Lodges, for example, is perfect for families. Wake up early for game drives, perhaps to search for African wild dogs. Mid-morning, kids head into the bush for a scavenger hunt with a guide.

Grootbos Private Nature Reserve: Animals aren’t the only sights to track on safari. In South Africa’s Western Cape region, wildflowers provide the dazzle. The two lodges at Grootbos, part of the National Geographic Unique Lodges of the World, sit amid the smallest of the world’s six floral kingdoms, home to some 800 plant species. Watch for sharks and southern right whales from your suite’s deck. (See the world’s best places for flowers.)

Hlane Royal National Park: Head to Swaziland, a country landlocked between South Africa and Mozambique, to see Hlane’s fiercely protected rhinos and marabou storks. Stay in one of the park’s two lodges, Ndlovu Camp or Bhubesi, and enjoy self-guided drives on the safe game-viewing roads that crisscross the park’s flat terrain. Spot lions, hyenas, giraffes, and vulturess, then picnic at the Mahlindza water hole.

Central Kalahari Game Reserve: Black-maned Kalahari lions roam this reserve in central Botswana. Stay just north of the reserve at Deception Valley Lodge, where you can watch magical sunsets dip into the horizon from the deck of your chalet.

Chobe National Park: To the north of Central Kalahari, Chobe National Park is home to one of Africa’s largest elephant populations. And Chobe Game Lodge boasts the only all-female safari guide team in Africa. (Meet the all-female anti-poaching unit saving rhinos and other wildlife.)

Hwange National Park: All aboard the Elephant Express to tour the Ngamo Forest Area and Hwange National Park, known for its pachyderms and 400-plus species of birds. The two-hour safari rail trip is easily accessible to Imvelo Safari Lodges’ Bomani Tented Lodge or Camelthorn Lodge. Check out the game-viewing underground hide at nearby Stoffie’s Pan. North from Hwange, a four-hour drive or a one-hour flight gets you to regal Victoria Falls, a thundering natural wonder you can hear long before you first catch sight of it.

Mana Pools National Park: Try a river-based safari in a kayak at this remote park. The best time to go may be in April, when large herds of elephants, buffalo, kudu, and the elusive eland return to the four (or mana in the local language) large permanent pools along the south bank of the Zambezi River after the rainy season. Accommodations in the park include lodges, thatched chalets, and campsites.

Namib Desert: A safari here means brilliant stargazing, silky sand, age-old views, and resilient desert animals such as oryx, bat-eared foxes, Burchell’s zebras, and loads of lizards. Stay at &Beyond’s Sossusvlei Desert Lodge, located at the desert’s eastern edge. Explore the Namib dunes on a quad bike, and hike a craggy slope to see ancient rock paintings in a nearby cave, making sure to pack water, a hat, and sunscreen. (See eerie photos of a Namibian ghost town.)

Gorongosa National Park: Located in central Mozambique, Gorongosa has been brought back to life after suffering the devastations of many years of civil conflict. Today, when you visit, you become a part of one of Africa’s most successful wildlife restoration stories. Home to floodplains and preserved palm forests, Gorongosa has an amazing diversity of wildlife, from antelope to primates and huge Nile crocodiles, as well as lions, elephants, and hippos.

Selous Game Reserve: Visit this off-the-beaten-track and tranquil reserve in southern Tanzania for walking safaris and traditional game drives. Then cruise the Rufiji River to watch for elephants, hippos, lions, leopards, and brindled gnu. Stay at Beho Beho, a hilltop lodge that also has secluded tree-house accommodations for the extra adventurous.

Serengeti National Park: At Asilia’s Namiri Plains camp in northern Tanzania, visitors become part of the migration as they travel in a luxury mobile camp alongside herds of wildebeests, zebras, and gazelles. Walking safaris get you closer to the action, with veteran Serengeti safari guides giving the play-by-play. The animals—often stalked by big predators, such as lions and cheetahs—follow one of Earth’s most ancient routes. And if you come too close to an animal, never run. Move away quietly.

Olare Motorogi Conservancy: Cross the border from Tanzania into southern Kenya for an iconic East African lodge experience at the Mara Plains Camp. About a 2.5-hour drive from the legendary Masai Mara National Reserve, the eco-friendly camp was built by National Geographic Explorers-in-Residence Dereck and Beverly Joubert with their partners at Great Plains Conservation. From camp, you’ll head out on safari to watch migrating zebras and wildebeests make exciting and risky river crossings. You may even see a few big cats. (Experience an air safari through Kenya.)

Ragati Conservancy: Kenya may be a great place to see the migrations, but it’s also a surprisingly fantastic spot for fly-fishing. On the southern slopes of Mount Kenya (Africa’s second highest peak), the Ragati Conservancy has mountain streams stocked with glistening rainbow trout. What makes the Ragati worth the trip? Nat Geo photographer and fly fisherman Pete Muller says that while Idaho fishing is amazing, “anglers won’t encounter an elephant along the Lochsa!” Fishing in Kenya, he says, also gives fishing enthusiasts the chance to visit locations such as Aberdare National Park.

Volcanoes National Park/kalinzu Forest Reserve: Rwanda’s Volcanoes National Park allows a limited number of visitors per day to hike into the jungle to view endangered mountain gorillas up close, as they groom each other, play, and eat bamboo shoots and fruits. Keep your eyes open for golden monkeys too. Nat Geo Expeditions offers an itinerary that includes a gorilla trek, then heads north into Uganda for a chimpanzee trek through the lush Kalinzu Forest Reserve near Queen Elizabeth National Park. (Here’s how to visit the endangered mountain gorillas of Uganda and Rwanda.)

Zakouma National Park: Intense wildlife experiences await at this park known for the number of animals that make it their home. A herd of more than 500 elephants and flocks of birds, such as the black-crowned crane, in the tens of thousands, congregate here. Zakouma had a tremendous comeback after enduring civil unrest in the region. Visit between December and April, and stay at traditional Camp Nomade, its tents decorated with local carpets and brass bells.

Book your next trip with Peace of Mind
Search Trips
This article originally appeared in April/May 2018 issue of National Geographic Traveler Magazine.