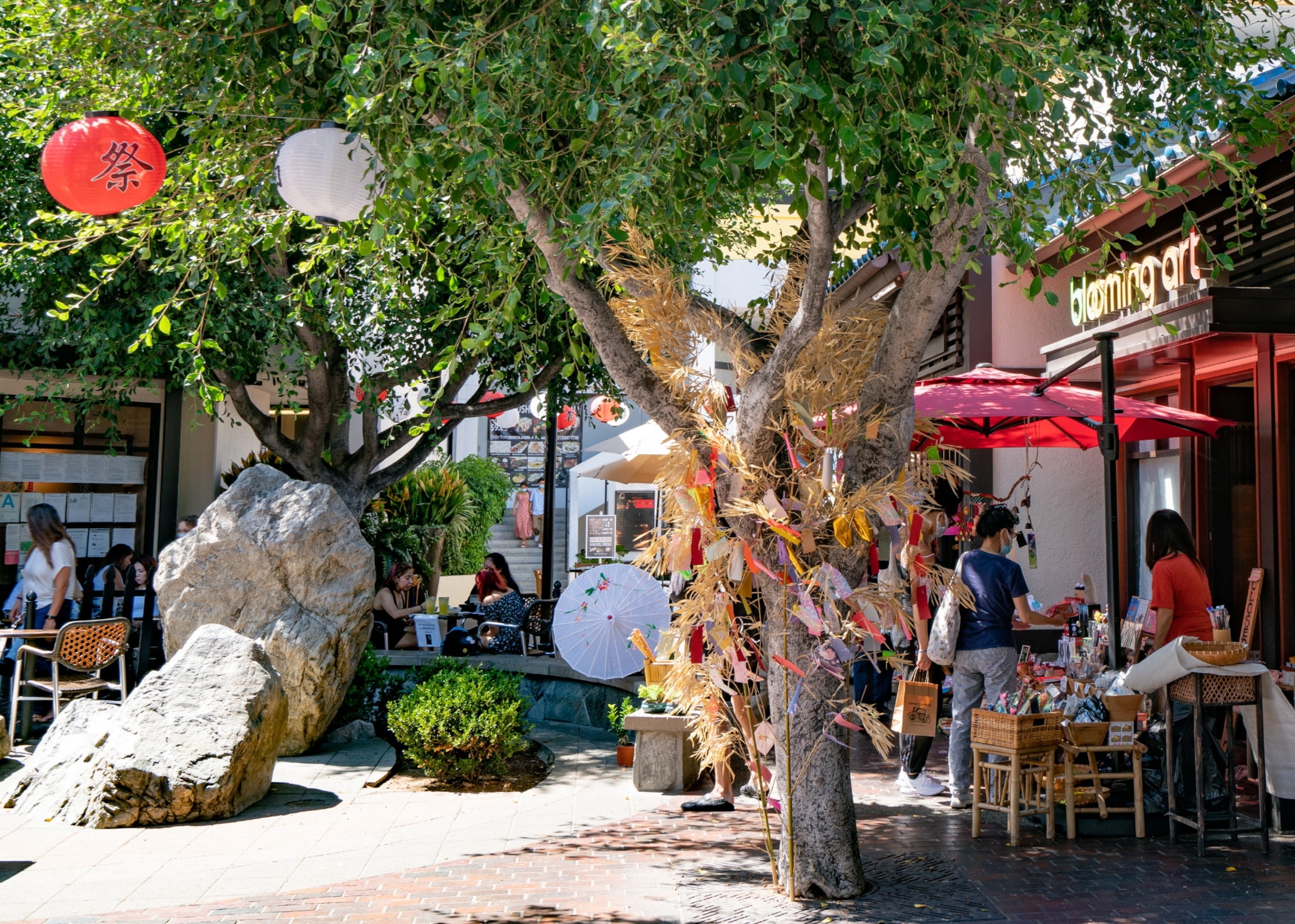 From Chinese railroad workers in Utah to Filipino shrimpers in Louisiana, here are tales of immigration, struggle, and belonging.

Tie Sing knew how to make a meal to remember. The Chinese American backcountry cook once prepared a dinner for U.S. Geological Survey explorers that was so memorable the mapmakers lavishly detailed each course—soup, trout, fried potatoes, string beans, fresh bread, hot apple pie, coffee—in reports about their two-week expedition through what is now Yosemite National Park.

But not many people remember Sing—and many other Asian American workers before and after him, who remain footnotes in history books and curricula. Yenyen Chan, a park ranger at Yosemite, hopes to change that. She helps interpret stories of Chinese history, such as Sing’s, in the park, noting that “Asian Americans have been in this country and contributed for a very long time.”

From national parks to ethnic neighborhoods, in-person visits (once it’s safe and destinations re-open) give students well-rounded experiences to bring into their classrooms. Anantha Sudhakar, a professor in the Asian American Studies department at San Francisco State University, says that “it’s become really important for families to complement a child’s school learning” with personal experiences.

Michelle Magalong, president of Asian and Pacific Islander Americans in Historic Preservation, says she feels more prepared than ever to welcome people who want to learn. “History matters when it’s deeply rooted in what is relevant and happening today,” she says.

As families start planning summer travel, these important sites across the United States can help broaden perspectives on American history and heritage.

At national parks, families can gain historical insight by getting outdoors and getting active. “Many families really like to have their kids exposed to as much as possible with hikes or park service-led programs,” says Chan, who often sees families return several times for different history walks through Yosemite.

This summer, Yosemite opens an exhibit about the Chinese workers who helped build the infrastructure for the national park. More experienced adventurers can embark on a challenging off-trail hike to Sing Peak to learn more about the cook’s legacy.

After diving into the histories of Chinese railroad workers at Utah’s Golden Spike National Historical Park, travelers can take selfies at the Chinese Arch, which honors the workforce that shoveled, drilled, and hammered their way through the Sierra Nevada and Great Basin regions to create the first transcontinental railroad.

The stories of Japanese American families incarcerated during World War II are explored at former internment camps such as Minidoka, in Idaho, and Manzanar, in California. Lesser known as a site of internment is Hawai’i Volcanoes National Park, where more than 100 people were detained at a military camp inside the park.

Even while their families remained imprisoned, many Japanese Americans served in the U.S. military during the war. In Washington, D.C., travelers can learn about their contributions at the Japanese American Memorial to Patriotism During World War II, centered around a bronze sculpture of two cranes.

Neighborhoods for food and festivals

To find the neighborhoods built and vitalized by Asian American groups, such as the nation’s Chinatowns, “follow the labor,” says Jenny Banh, a professor in Asian American Studies at California State University, Fresno. “Follow the Asian labor and you will find the richest stories.”

(Why does the U.S. have so many Chinatowns?)

Filipino fishermen who arrived in Louisiana in the mid-18th century established what some historians consider the first Asian settlement in the U.S., south of New Orleans. The village of Saint Malo once comprised houses built on stilts over swampland but was destroyed in a hurricane. The Filipino community’s contributions to Louisiana’s shrimping industry are now memorialized with plaques at the former locations of both Saint Malo and a later settlement, called Manila Village.

In St. Paul, Minnesota, foodie families can order stuffed chicken wings to eat while walking up and down the vibrant aisles of the Hmongtown or Hmong Village farmers markets. The Twin Cities is home to a thriving community of Hmong people with lineage that dates back to 1975, when refugees relocated to the area from their homelands in Laos, and eventually worked in agriculture.

An annual Sikh festival in Yuba City, California, home to one of the largest Sikh populations in the country, features decorative floats, a bazaar, and 200,000 free plates of hot meals to tens of thousands of attendees of all faiths. Now nicknamed the “Mini Punjab” of the U.S., Yuba City attracted the Sikh population with opportunities in farming and other agricultural jobs.

In Los Angeles’ Boyle Heights, indulge in a comforting sukiyaki bowl at Otomisan Restaurant, one of the last Japanese legacy businesses in the neighborhood. Boyle Heights was a haven for Japanese Americans after World War II, who struggled to find new homes due to racist neighborhood “covenants,” which restricted the areas where people of color could live in Los Angeles.

A small community of Korean-Uzbeks—or Koryo-saram—thrives in the Brighton Beach neighborhood of Brooklyn, New York. Restaurants like Cafe Lily keep the culture alive with its fusion of Central Asian and Korean cuisine in dishes such as kuksi (a cold noodle soup). The community has its roots in Central Asia, where Koreans who had been living in Russia since the early 19th century were deported during Joseph Stalin’s reign. Today, Brighton Beach is home to many Koryo-saram, given its notable population of Russian-speaking immigrants.

(A Korean adoptee wrestles with the complexities of race in America.)

Galleries and museums—from the Smithsonian’s National Museum of Asian Art to the Wing Luke Museum in Seattle—often have public programs geared to families that give context to the art hanging on the walls or the objects in cases.

The Asian Arts Initiative, in Philadelphia, organizes a summer camp and workshops to engage children in the creative process of visual arts and performances.

Teens can take narrative prose workshops at Kearny Street Workshop in San Francisco, one of the oldest organizations that work with Asian American artists in multidisciplinary fields.

Kids and teens who are fascinated by architecture may enjoy walking through the expansive George Nakashima Woodworker Complex, in New Hope, Pennsylvania, to marvel at the buildings that the renowned architect and furniture designer had a hand in creating.

Art can also be right outside your door. For Freedoms has launched its billboard campaign throughout the U.S., showcasing work by Asian or Pacific American artists.

Opportunities to learn about Asian American culture and history are everywhere, but ultimately, cultural literacy starts with individual relationships, says Pritpal Kaur, education director of the Sikh Coalition. “Getting an authentic review of our experience starts with one-on-one conversations.”

The coronavirus pandemic has disrupted travel. When planning a trip, be sure to research your destination and take safety precautions before, during, and after your journey. Click here for National Geographic reporting on the pandemic.