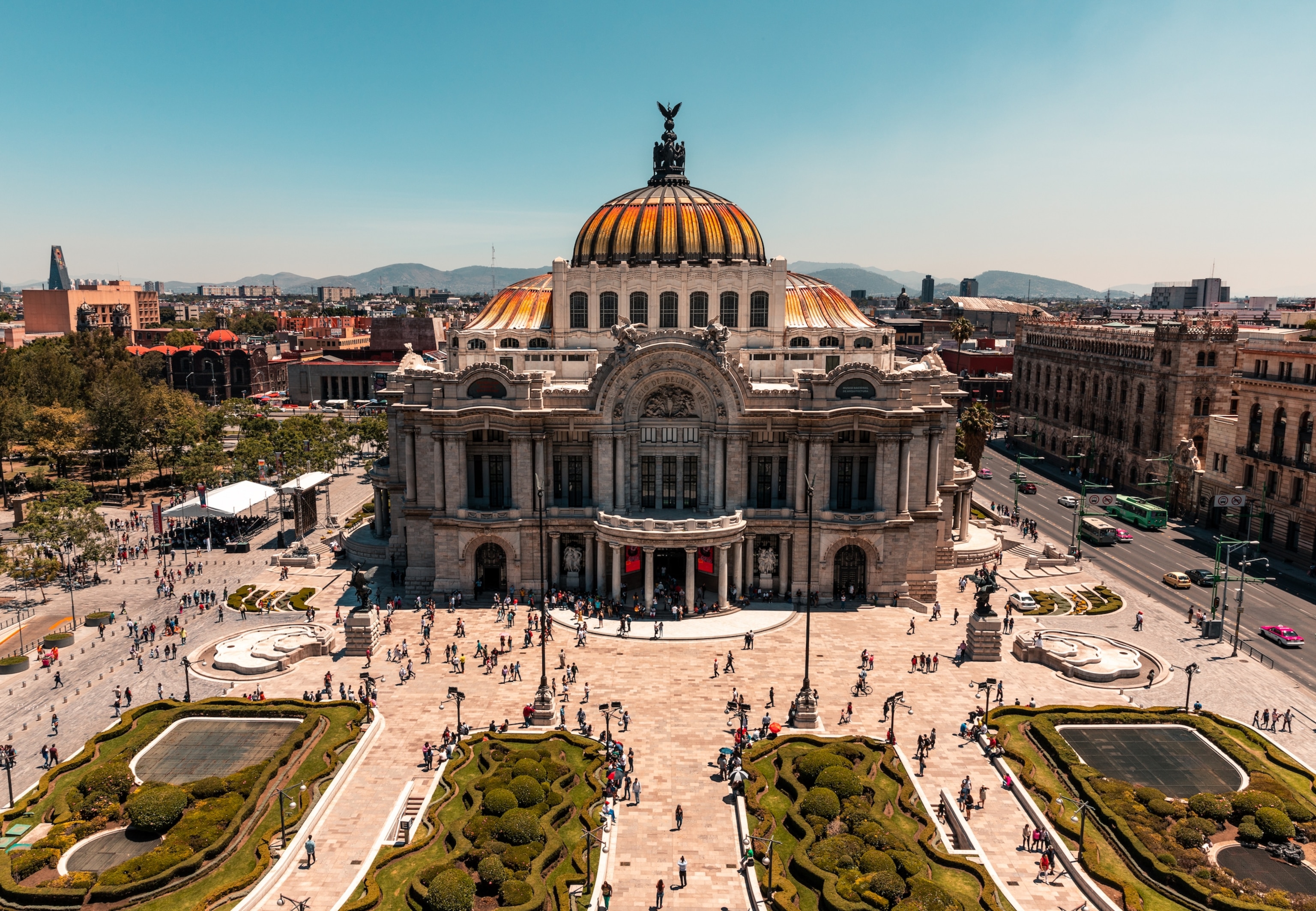 Mexico City: Going beyond the surface

Mexico City is home to over 21 million people, more than 150 museums and galleries, and a seemingly endless array of restaurants.
Photograph by Wilfredo Nieves, Getty
This is Paid Content. The editorial staff of National Geographic was not involved in the preparation or production of this content.

Viewed with a wide lens, sprawling Mexico City can seem overwhelming. The megacity is home to nearly 21 million people, making it the most populous metropolitan area in North America. Zooming in for a closer look, Mexico City’s fascinating fusion reveals itself through its architecture which includes pre-Columbian ruins alongside Mexican-style modernism, and the heady mix of cultures where tradition happily coexists with the contemporary: there is always more to be discovered. With this in mind, what better host than InterContinental® Hotels & Resorts, the pioneer of global luxury travel, dedicated to the allure and exhilaration of international exploration.

Yet, where this enchanting jewel of a city—which the Spanish built atop the ruins of the once flourishing Aztec city of Tenochtitlan—truly reveals itself is in its smaller spaces, off the well-trod tourist path. Inquisitive travelers who go beyond the iconic landmarks of the World Heritage-site Historic Center of Mexico City regularly are rewarded with thought-provoking discoveries.

Guiding modern-day explorers toward fascinating finds are the knowledgeable staff of the city’s prestigious hotels, such as the InterContinental Presidente Mexico City. The hotel, located in the leafy and upscale Polanco neighborhood, serves as the Mexico City home away from home for well-traveled InterContinental® Ambassadors Trenton Crawford and Gene Gibbs—who have been indulging in the benefits of the program since 2004 and who are pursuing a goal of staying at 100 InterContinental Hotels & Resorts around the world, a feat in itself.

Crawford and Gibbs credit a local InterContinental Presidente Mexico City concierge for leading them to one of their most memorable travel experiences, which took place inside Mexico City’s Catedral Metropolitana—the massive cathedral constructed on sacred Aztec ground where the Templo Mayor (Main Temple) once stood.

The Catedral Metropolitana houses many of Mexico City's artistic treasures, such as the Altar de Perdón, Señor del Veneno, and the Altar de los Reyes.

Photograph by Have Camera Will Travel | Central & South America, Alamy

“The concierge told us to go down to the cathedral,” Crawford recalls. “We were walking around, and suddenly people are parting the aisles. It’s the [Roman Catholic] Archbishop of Mexico City. Gene goes to one side and I go to the other. The Archbishop comes to me and says, ‘Thank you for coming to my country,’ shakes my hand, and I immediately start to cry.”

The Archbishop then crossed the aisle to shake hands with Gibbs and thank him, as well. “It was very touching and powerful,” Crawford adds. “When I tell my friends about it today, they still go, ‘Wow.’”

While such serendipitous travel moments aren’t easily replicated, virtually anywhere in Mexico City is fertile ground for discovery. Says Gibbs, “[Mexico City] is a great city, really underrated. The art is amazing and can be found throughout the streets, especially downtown and near the hotel.”

Digging even deeper into cultures and history behind Mexican folk art is the Museo de Arte Popular, located near the historic city center. Housed in a former fire station, the three-story treasure trove of pre-Hispanic, colonial, and contemporary Mexican folk art ignites the imagination with colorful creations like alebrijes, the fantastical creature sculptures native to the Valley of Oaxaca.

For film lovers, a visit to the Roma neighborhood, famously featured in ‘Roma,’ the 2019 Oscar winner for Foreign Language Film, is a must. Beyond the big-screen appeal, Roma is a hip neighborhood chockablock with locally owned businesses like antique booksellers, vintage stores, and Cintli, an organic tortillería whose mission and sales help support Mexican farmers.

Part cafe, part agroecological and social project, Cintli uses colorful native heirloom corn grown by local farmers—instead of industrially produced flour—to hand-make masa (corn dough) and other corn-based items. Central to the Cintli mission is sharing stories of where the food originates and how its production helps sustain Mexican traditions and families. Customers learn about burgeoning efforts to revitalize Mexico’s heirloom corn while watching their piping hot tortillas being made.

Opportunities for insightful explorations of Mexican history and culture also line the shelves of Mexico City’s massive Biblioteca de Mexico (National Library). Housed in La Ciudadela, or The Citadel, a former 18th-century tobacco factory complex, the library holds over a half-million books. Separate from the larger collection is the intimate City of Books: five personal libraries (with many titles in English) of notable 20th-century Mexican and Spanish writers Jose Luis Martinez, Antonio Castro Leal, Jaime García Terrés, Alí ​​Chumacero and Carlos Monsiváis. Created, in part, to foster a dialogue between generations through reading, the City of Books is a quiet retreat for discovering the events, ideas, and people that helped shape modern Mexico.

The library is a short walk away from Mercado de Artesanías La Ciudadela, a one-stop marketplace for handmade art and crafts from across the country. There are kitschy souvenir stands near the market’s perimeter, however, venturing further into the marketplace reveals stalls stocked with authentic keepsakes like sculpted tin frames adorned with Talavera tiles and ceramics from Chiapas. Multiple stalls are manned by local artisans, such as weavers, woodworkers, and stained glass artists, who welcome visitors to watch them work.

For gastronomists, Mexico City has some of the finest restaurants in the world, where a wealth of flavors and culinary influences collide, Pujol for example reinterprets rustic Mexican flavors through a contemporary lens. Run by celebrity chef Enrique Olvera, the restaurant’s Polanco location, conveniently situated a 10-minute walk from the InterContinental Presidente Mexico City, now boasts a stunning mid-century home with spectacular natural light, and even more spectacular food winning the accolade of The Best Restaurant in North America 2019.

Fascination is undoubtedly a word that befits the heady mix of influences that characterize Mexico City’s vibrant culture, where tradition and modernity coexist: the bewitching ancient architecture, artisan craftsmen alongside contemporary folk art and sculpture, and the exciting culinary scene make Mexico City the promise of exhilarating discoveries for those travelers wanting to live the InterContinental Life.

Learn how you can continue fueling your fascination for discovering new places by becoming an InterContinental® Ambassador.

Participating InterContinental® Ambassador members will receive a token gift for their time.