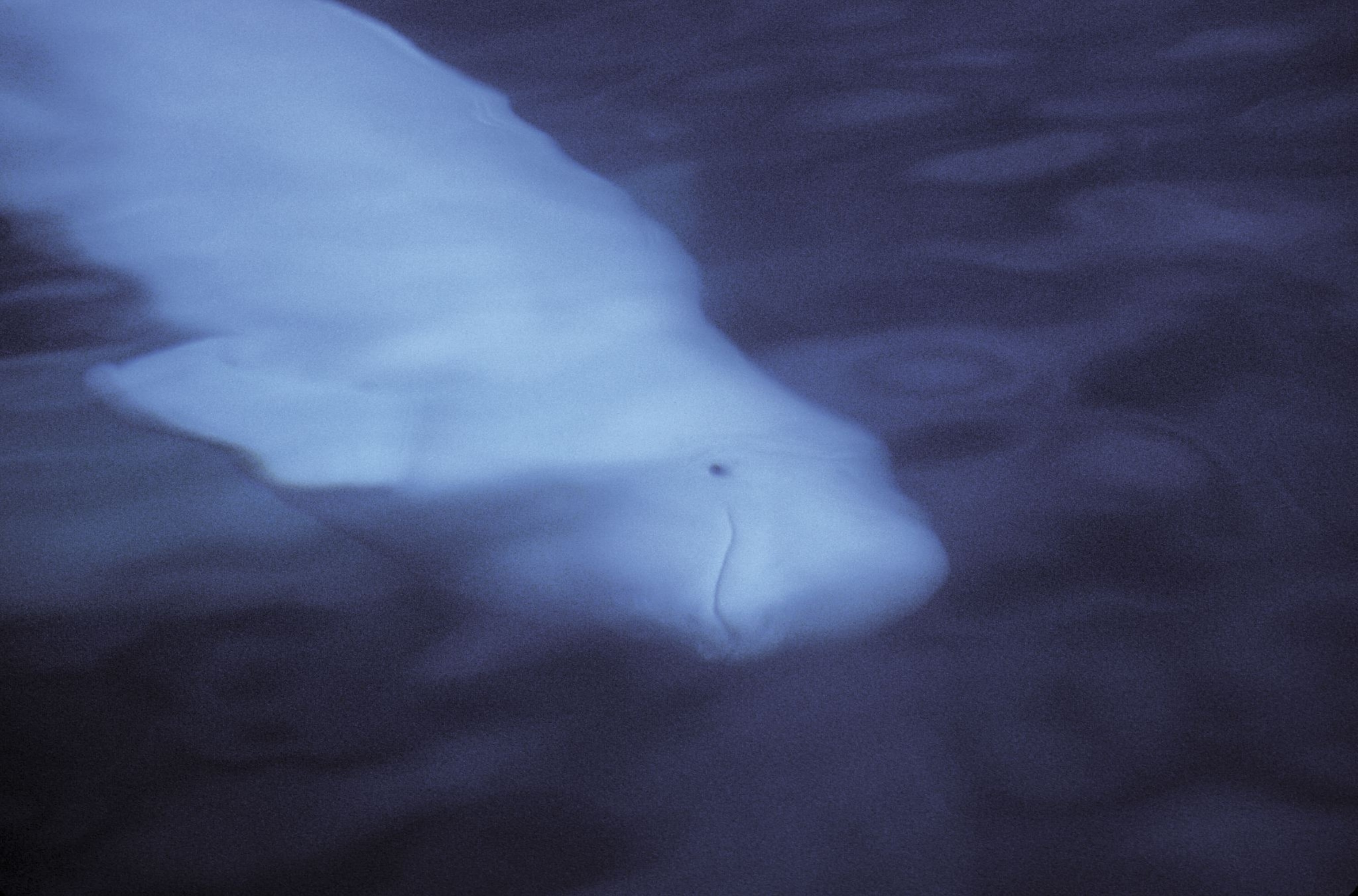 Why Canada is making it harder to go whale watching

New regulations aim to save orcas and humpbacks. Here’s what this means for whale tourism.

Three travelers in neoprene suits lie face down on a foam float tethered to a Zodiac in Hudson Bay, near Churchill, Manitoba. They are being tugged behind the boat, scuba masked-faces plunged into frigid water, hoping to see beluga whales staring back at them.

This is a beluga aquagliding tour, one of the whale-friendly workarounds the tourism industry has come up with since Canada started implementing new, stricter regulations to protect marine wildlife in 2018.

The stronger regulations are meant to cut human interactions with whales, many of which are critically endangered due to rising ocean temperatures, food supply shortages, and increased water traffic. Following these rules, all boats must stay farther away from the mammals than before. Some activities, including snorkeling with humpbacks, are banned.

Most people agree whales need to be protected, but there is some debate about the scale and challenge of restrictions on whale watching boats, which some companies call “overly onerous and even excessive.” Still, the laws in Canada have changed, which means tourists have to adjust their attitudes about how to see and appreciate whales.

Why whales need our help

About 30 whale species live in Canadian waters. Tourists can whale watch off all three coasts—from cities including Vancouver and Halifax to hamlets like Pond Inlet in Nunavut. A summer trip to Churchill almost guarantees a sighting of some of Hudson Bay’s 55,000 belugas. Belugas join another dozen whale species in Quebec’s St. Lawrence and Saguenay rivers, best seen near the town of Tadoussac. In Newfoundland and Labrador, whales sometimes swim by icebergs.

(Dive into the hidden, undersea world of whale culture.)

Despite this abundance of sighting opportunities, some whales are endangered. North Atlantic right whales number just 366 and only 74 southern resident killer whales remain in the Salish Sea off British Columbia (B.C.) and Washington State. An alarm was raised over the plight of southern resident orcas back in 2018 when J35, also called Tahlequah, pushed the dead body of her calf for 1,000 miles over 17 days.

Zoom in for more details.

“Most whale watch operations recognize the need to protect whales and they respect the rules,” says Sebastian Teunissen, executive director of the non-profit Canadian Whale Institute. In fact, a 2020 study of Salish Sea whales found that 72 percent of recreational boaters were unaware of whale watching rules. Of the year’s 365 whale “incidents”—mostly speed or distance violations—just 2.7 percent applied to tourist vessels.

Despite the updated regulations and awareness, Teunissen cautions that “human interaction continues to be a major cause of death and injury to whales.” The most famous example was Luna (L98), a southern resident known for seeking out humans and boats near Nootka Sound, B.C. He died in 2006 after getting too close to a propeller.

The Canadian Whale Institute’s concerns include ensuring whales are better warned of approaching ships; preventing cetaceans from becoming entangled in rope and fishing gear; and helping stem the effects of climate change on the animals.

The problems of diminishing whale population numbers and increasing threats have moved the Canadian government to strengthen its regulations protecting whales and other cetaceans in recent years.

Before the updated rules, a Zodiac captain who spotted a southern resident pod in the Salish Sea would zoom ahead and cut the motor. Often, the pod would continue swimming toward the whale watchers. In Newfoundland and Labrador, where the world’s largest population of feeding humpback whales spends the summer, snorkeling with humpbacks was popular.

Before the new regulations went into effect, whale watching boats across Canada were usually respectful of the animals, though some edged in close to give customers photo ops. Now, the only legal close encounters are if whales surprise a boat captain and it’s not safe to move away.

In Canada, it’s now illegal to disturb marine mammals; such actions include swimming and interacting with them. All ship operators must reduce speed, noise, and fishing whenever whales are nearby. Other protections aimed at protecting southern resident orcas include the suspension of some commercial and recreational fishing and the creation of new whale sanctuaries.

Keeping away from whales can have unintended negative effects. “The southern residents need us,” says Erin Gless. “If we can’t watch them, we can’t protect them.” She’s the executive director of Pacific Whale Watch Association, representing 29 B.C. and Washington State commercial whale watching operators which serve half a million passengers each year.

Gless says whale watching operators help advise scientists on whale locations and health, and that whale watching boats give visual cues to other boaters that whales are present, which improves boater behavior.

What restrictions mean for whale tourism

Tourism plays a part in conserving and protecting wildlife and habitats. “We are the eyes and ears [of] the world, sharing observations and raising the alarm where whales are being harassed or abused,” says Mike Reimer, owner/operator of Churchill Wild a whale watching company in Hudson Bay.

Indeed, whale watching operators have increasingly kept the public aware and interested in protecting marine wildlife. Belle McCarthy of Vancouver Island’s Tofino Resort + Marina says their captains aim to double the minimum-required distance “to create a mutual respect between our guests and the wildlife.”

But some tour operators—particularly in little-visited areas like Churchill, Manitoba, and Newfoundland and Labrador—want a renewed dialogue between the government and commercial outfits. The aim, says Mike Gatherall of Gatherall’s Puffin & Whale Watch in Newfoundland, is tailoring regulations so that “whales are protected while allowing for the continued educational and awareness opportunities afforded by professional, experienced whale watching tours.”

In the 475,000-square-mile Hudson Bay, the regulations are a challenge for boat operators, who must stay 100 meters from belugas there, and half that in two narrow river estuaries where the animals congregate. “Technically we are in violation of the regs the minute we enter the water,” says Reimer. “Our Zodiacs are swarmed by hundreds of inquisitive, friendly belugas.”

Given the 55,000-strong beluga population in Hudson Bay, the Churchill Beluga Whale Tour Operators Association wants exemptions from the distance regulations and a more cooperative government-industry approach to developing rules. Throughout their lifetime, says Reimer, the majority of belugas “would never see a boat or have any interaction with humans.”

Gatherall thinks that whale distance rules should take into account not only species and distance from shore, but also whether babies are present and local boat traffic. “There are instances where greater restrictions may be warranted,” he says, and others where current rules can be burdensome.

And yet there are hopeful signs on the horizon. While it’s difficult to measure the extent to which Canada’s protections are helping whales, positive indications are surfacing. The southern resident killer whales saw three births in the last year—including a new baby for Tahlequah. Two of the three are female, critical for population growth.

Whale watching from farther away

Despite the extensive regulations, there are still many ways for visitors to see whales in Canada. Look for experienced boat operators that promote their respect for whale protection laws. The Pacific Whale Watch Association lists compliant tour companies in B.C. In Quebec’s St. Lawrence region, select members of the Eco-Whale Alliance.

Bring binoculars and a zoom-lens camera. As you would with any wildlife, respect whales’ need for space. “Closer human-whale interactions should be discouraged regardless of the ‘healthiness’ of a population,” says Teunissen. Habituation to humans “doesn’t improve life for wildlife but can be detrimental.”

How You Can Help the Planet

Check out the new exhibit about whale conservation at Toronto’s Royal Ontario Museum. Museums in Vancouver and Ottawa have skeletons of the planet’s largest animal, the blue whale. Or delve into the importance of killer whales for Indigenous peoples at Indigenous-owned art galleries and studios in British Columbia.

These nonprofits working on whale issues are among those Nat Geo has supported over the years:

The Dominica Sperm Whale Project: The project’s researchers have spent thousands of hours observing sperm whale families in the Caribbean to better understand their unique cultures.

Alaska Whale Foundation: Founded in 1996 to study humpback whales in southeast Alaska, AWF now conducts research on an array of marine animals and coastal ecosystems throughout the region.