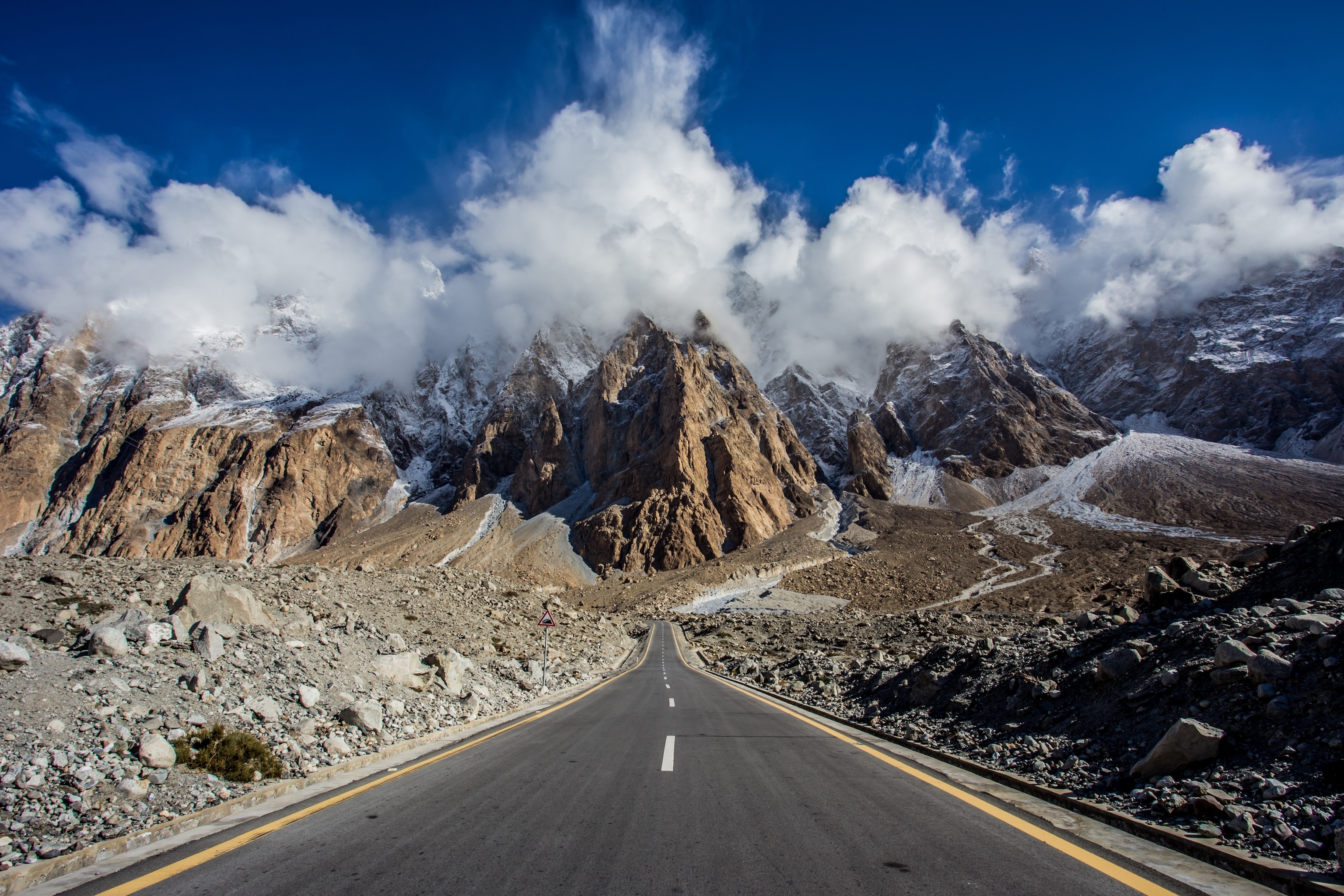 Embrace road-tourism, an automotive travel activity, with these incredible routes.

The Karakoram Highway offers an exceptional driving challenge, as well as incredible views.
Photograph by Pawika Tongtavee, Shutterstock
This is Paid Content. The editorial staff of National Geographic was not involved in the preparation or production of this content.

Most travel for sun, sea, sand, culture, and food. However, to many the journey, or more precisely the road, is all part of the adventure.

For these tourists looking for a travel-fix, Asia with its lofty elevations and majestic scenery boasts some of the world’s finest, and most tempting tourist routes. Routes that are served by roads, which are in themselves tourist destinations for riders.

These are some record-setting Asian roads fit for any road warrior's bucket list.

For climbers – the highest paved road

Worthy of inclusion on any traveler’s itinerary is the spectacular mountain pass known as the Karakoram “Friendship” Highway. Carved into the Khunjerab Pass that connects the Xinjiang region of China with the Khyber Pakhtunkhwa and Gilgit-Baltistan regions in Pakistan, this traveler’s gem is hailed as the highest paved international road in the world.

Covering some of the toughest, but most breathtaking terrain on the Planet, the highway passes the glacial landscape of the Karakoram Mountains along the China-Pakistan border, following the route of the ancient Silk Road.

Thanks to its impressive 4,693-meter elevation and the laborious conditions it was constructed under, the highway is often referred to as the Eighth Wonder of the World by those having experienced the climb.

For historians – the oldest road in Asia

For the traveler interested in history, the Grand Trunk Road is one of Asia's oldest and longest routes. The road, known as the “Gernaili Sadak” (the Generals' Road) or Sadak-e-Azam (The Grand Road), covers more than 2,500 kilometers and was built by Sher Shah Suri. During the time of British rule, the road was renamed the Grand Trunk Road.

The origins of the road can be traced back to the Maurya Empire in the 3rd Century BC when it served as a primary trade route between India and several Western Asian countries. Constructed in eight stages, the road originally connected the cities of Purushapura, Takshashila, Hastinapura, Kanyakubja, Prayag, Pataliputra and Tamralipta.

The road that climbs to 1,962 meters above sea level, passes through the scenic Lam Nam Kok National Park with its splendid vistas. The elevation and breathtaking environment, however, are not the only attractions. Doi Chang is also now a mecca for Asian motor-heads that want to visit the site of a brand new world record.

Establishing a world record isn’t meant to be easy, which is why this section of mountain road was chosen by Caltex and the contenders - Jamaican born Natasha Chang and American KC Montero.

Fortunately, a world-class support team, safety crews, and a GUINNESS WORLD RECORDS™ adjudicator provided the contenders with the backup they needed for the challenge while an array of modern fuels, lubricants, and automotive fluids made sure the cars ran flawlessly.

The steep ascent up Doi Chang, that saw the engines lose about 1 percent of their power for every 100 meters they climbed, was not only demanding on the drivers but also on the fuel. From the moment the cars set off, climbing ever higher, Caltex with Techron and its clean and glide technology was crucial to ensuring the engines maintained record-setting performance over the entire event.

The significance of this achievement can only be fully understood when you stand at the foot of the climb and follow the road as it winds its way up the mountain.

For completionists – the road with the longest traffic jam

Our next road may not necessarily be an enjoyable wonder, but it is a wonder nonetheless: And also a record-breaker.

In August 2010, a traffic back-up spanning more than 100 kilometers on a stretch of road between the Inner Mongolia Autonomous Region and Beijing left drivers stranded for a world record setting 12 days.

Not caused by inclement weather or a natural disaster, this all-time traffic jam was simply the result of too many vehicles blocking the road, particularly a fleet of heavy trucks carrying construction supplies into Beijing - for road work intended to help reduce congestion.

For nomads – the longest road in Asia

The Asian Highway Network (or the Great Asian Highway) is a 141,000-kilometer network of roads spanning 32 countries.

The network is divided into various stretches, numbered from AH1 to AH87. Single digit roads are major roads in the network that connect more than one sub-region. The longest stretch, the AH1, covers 20,557 kilometers running from Tokyo to the Turkey-Bulgaria border, passing through Korea, China, South-East Asia, India, Pakistan, Afghanistan, and Iran along the way.

Whether you’re a tourist or a motoring enthusiast these record-setting roads of Asia are sure to stimulate your sense of adventure.