To save birds, should we kill off cats?

Our feline friends are killing billions of birds every year. A fan of both animals believes there are humane solutions.

This story appears in the October 2019 issue of National Geographic magazine.

My cat, Bernstein, likes bird-watching almost as much as I do. Bernstein is an easygoing three-year-old short-haired tabby whose other passions include laser pointers, elastic hair bands, and dental floss. And me, I’m a 33-year-old short-haired blond who has always been, petwise, a cat person. Bernstein and I often hang out together in the living room, appreciating the natural order of hummingbirds and chickadees outside our window.

Bernstein was a tiny kitten, unable to eat or open his eyes, when he was rescued after being abandoned in a barn. (His littermate, Woodward, remains with the journalist friend who rescued them.) He’s one lucky cat—and I’ve wondered if his genial personality might be due, at least in part, to everlasting gratitude for having dodged a lifetime of starvation, shelters, and other feral fates.

But no nature or nurture can override the feline instinct, as I was sadly reminded last spring. On a warm afternoon, I let Bernstein onto the patio for some sun. After slinking off for a few minutes, he proudly returned, clutching a ball of feathers: a one-ounce, beautifully shade-dappled Swainson’s thrush that had just flown several thousand miles from Central America to Oregon to sing for a mate in my backyard. Dead as a doornail.

I couldn’t blame Bernstein. He was just putting his instincts and ninja skills into practice. Still, as the little thrush went cold in my hands, my heart sank.

Several years ago, a team of Smithsonian Institution and U.S. Fish and Wildlife Service researchers combined data from dozens of previous studies to estimate, as rigorously as possible, how many birds are killed by cats each year in the contiguous United States. Their results were startling. After carefully quantifying cat populations and predation rates (and the uncertainty of both), the scientists calculated that domestic cats pounce on one billion to four billion birds a year in the lower 48 states, as well as 6.3 billion to 22.3 billion small mammals and hundreds of millions of reptiles and amphibians.

About two-thirds of the bird deaths were attributed to feral cats, living wild. As birds’ total U.S. population at any given moment has been estimated at around 10 billion to 20 billion, that feral cat toll would probably exceed all mortality from window strikes, roadkill, pesticides, pollution, windmills, and all other unnatural causes combined, except habitat loss and possibly climate change—a staggering thought. 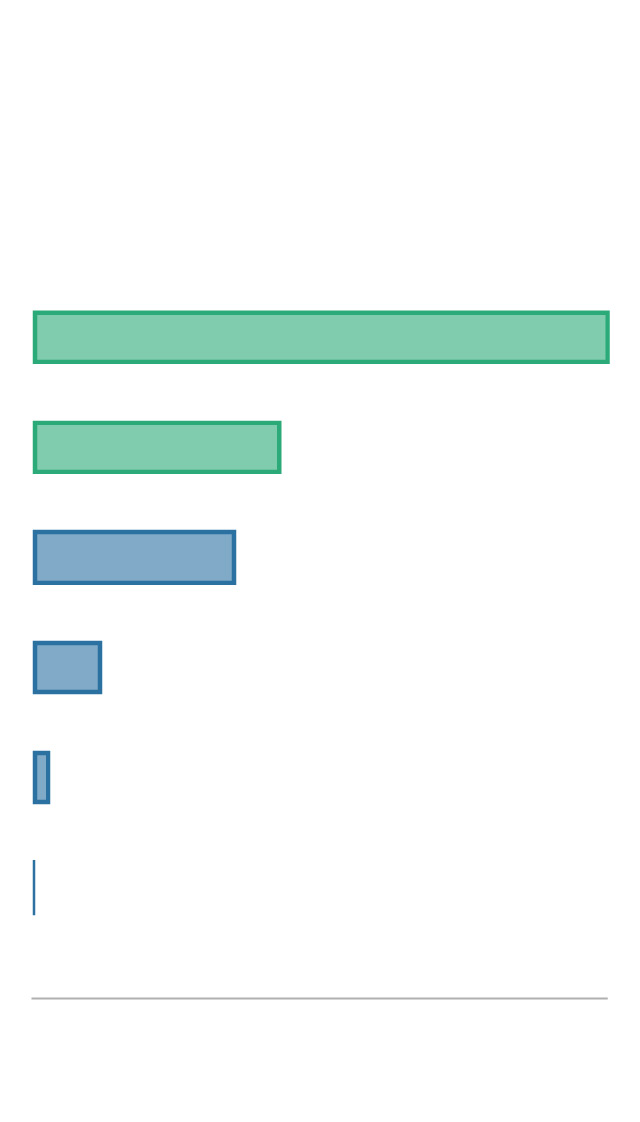 Researchers compiled data from multiple studies to estimate the number of birds in the U.S. and Canada killed in a year as a result of human activity. 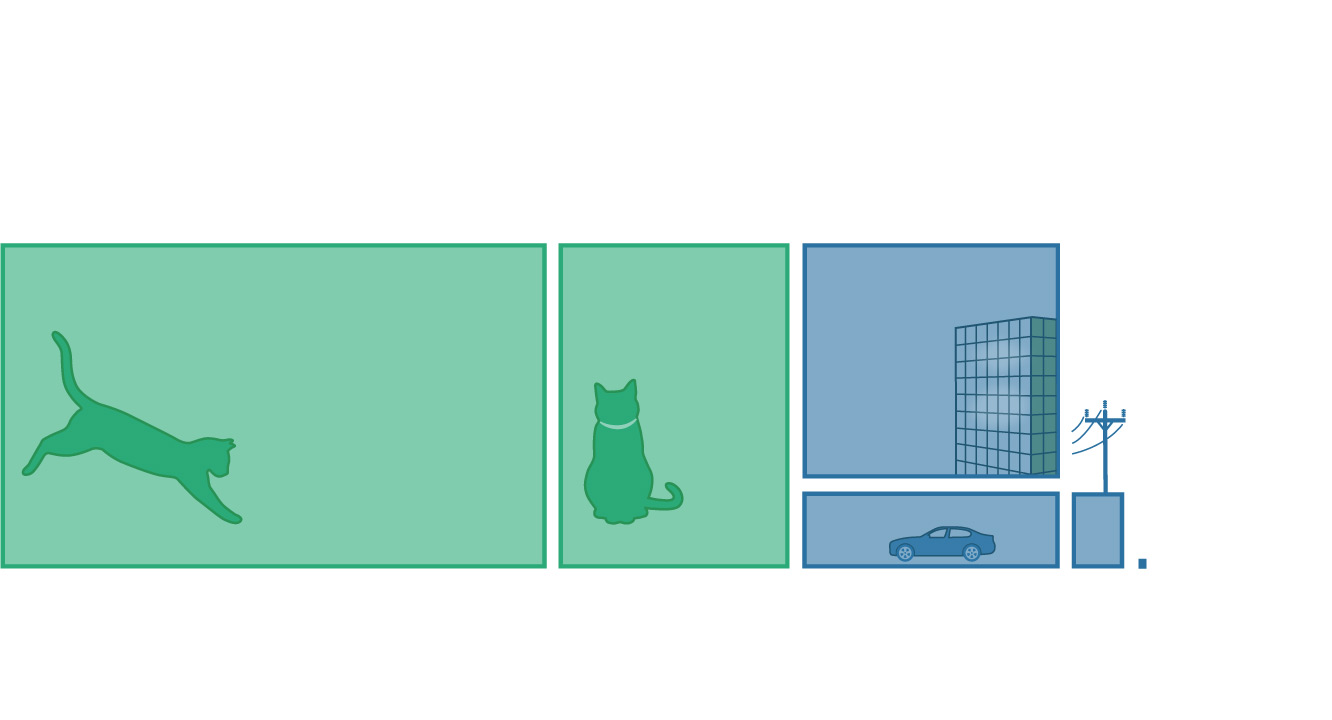 Researchers compiled data from multiple studies to estimate the number of birds in the U.S. and Canada killed in a year as a result of human activity.

Whoa, did that study ruffle fur and feathers! This wasn’t surprising, considering its heady concoction of charismatic animals, life and death, and ungraspable numbers. Some people disbelieved the estimates or relentlessly attacked the scientists for being “anti-cat.” Others felt vindicated, if their views fit the new evidence. Media reports pitched cat people against bird people, animal rights advocates against ecologists, and pet owners against academics. One of the researchers cowrote a book, Cat Wars—which did not exactly smooth things over—and described receiving death threats.

All this static did not negate the key finding: that when cats are introduced predators—that is, they’re brought into an ecosystem where they prey on native animals but nothing much preys on them—they are a serious source of mortality for birds and other native wildlife.

Follow-up studies have confirmed the scale of the threat. For example, the most comprehensive inquiry in Canada, which has fewer total cats than the United States, estimated that 100 million to 350 million birds are taken by cats each year.

The situation is acute yet oddly unfathomable. Everyone knows cats are predators, but until recently the impact of cats on wildlife was barely recognized. Even when presented with raw kill data, many people, including the overwhelming majority of cat owners, still doubt that cats adversely affect wild bird populations. Maybe this reflects our inherent difficulty in reckoning with broad, incremental effects (like, say, climate change).

Or maybe we should all lighten up. No study has definitively linked cat predation to mainland bird population trends (though islands are another story). It’s difficult to isolate one factor for the widespread decline of many birds because numerous other variables are also at work.

“The status of the world’s birds continues to deteriorate, and even once common birds are vanishing,” says a recent report from BirdLife International. It cites agriculture and logging as today’s top threats to imperiled species and ranks introduced predators a distant third. In terms of trashing the planet, humans are plainly the worst offenders. And blaming cats only deflects our responsibility onto an animal with no concept of saving the world.

People generally agree that the feral cat population is too large. But there the agreement stops, partly because right now we have no good solutions. Birds aside, feral cats pose all kinds of intractable health, safety, and philosophical dilemmas that have overwhelmed our current systems. No matter how you believe cats should be treated, the world has just too many cats to manage.

This is, in fact, the most succinct argument for leaving cats alone: We’ll never be able to get rid of them, no matter how hard we try. Long after humankind has faded from this planet, cats will surely be scratching around whatever’s left of it. But if we give up on seemingly unresolvable problems, the world will grow more miserable, not less so. I think we can do better.

Some are already taking action. Cat advocates have widely embraced trap-neuter-return programs, which sterilize feral cats and then return them to the wild. Bird conservation groups mostly oppose this policy, and the animal rights group PETA stands morally against it, but these organizations offer few feasible alternatives beyond keeping cats indoors (an excellent idea). Meanwhile, U.S. animal shelters euthanize more than a million unwanted cats each year, an unpopular solution to the ultimate problem.

Me, I don’t have the answer. But I do have a suggestion. Back when I took Bernstein to be neutered by the local vet, I wish he’d also been microchipped, not as a voluntary add-on but as standard practice. A chip the size of a grain of rice is easier to administer than a blood test, yet microchips are still mostly absent from the domestic cat world.

We’d have fewer cats at large if all cats were chipped: Lost animals could easily be returned, and abandoned animals could be traced to those who dumped them. I would happily pay a fee for this effort, especially if part of that contribution went toward building up our shelter system or other programs designed to address the feral cat population with proper resources. Even a small, onetime fee for each pet cat in the United States—insignificant against the cost of a lifetime of cat food—could generate billions of dollars. I know it’s not a perfect or complete solution, and a tangle of details would have to be worked out. But regulating cats would be a good start toward mitigating our current feline free-for-all.

No one who loves animals wants to leave this kind of legacy. We must do our best to care for our planet, because we’re the ones responsible. Bernstein is too busy watching birds—safely, through our living room window.

Noah Strycker is a bird-watcher, writer, and photographer based in Oregon. His books include Birding Without Borders, about his 2015 world record of finding 6,042 species of birds in one calendar year.