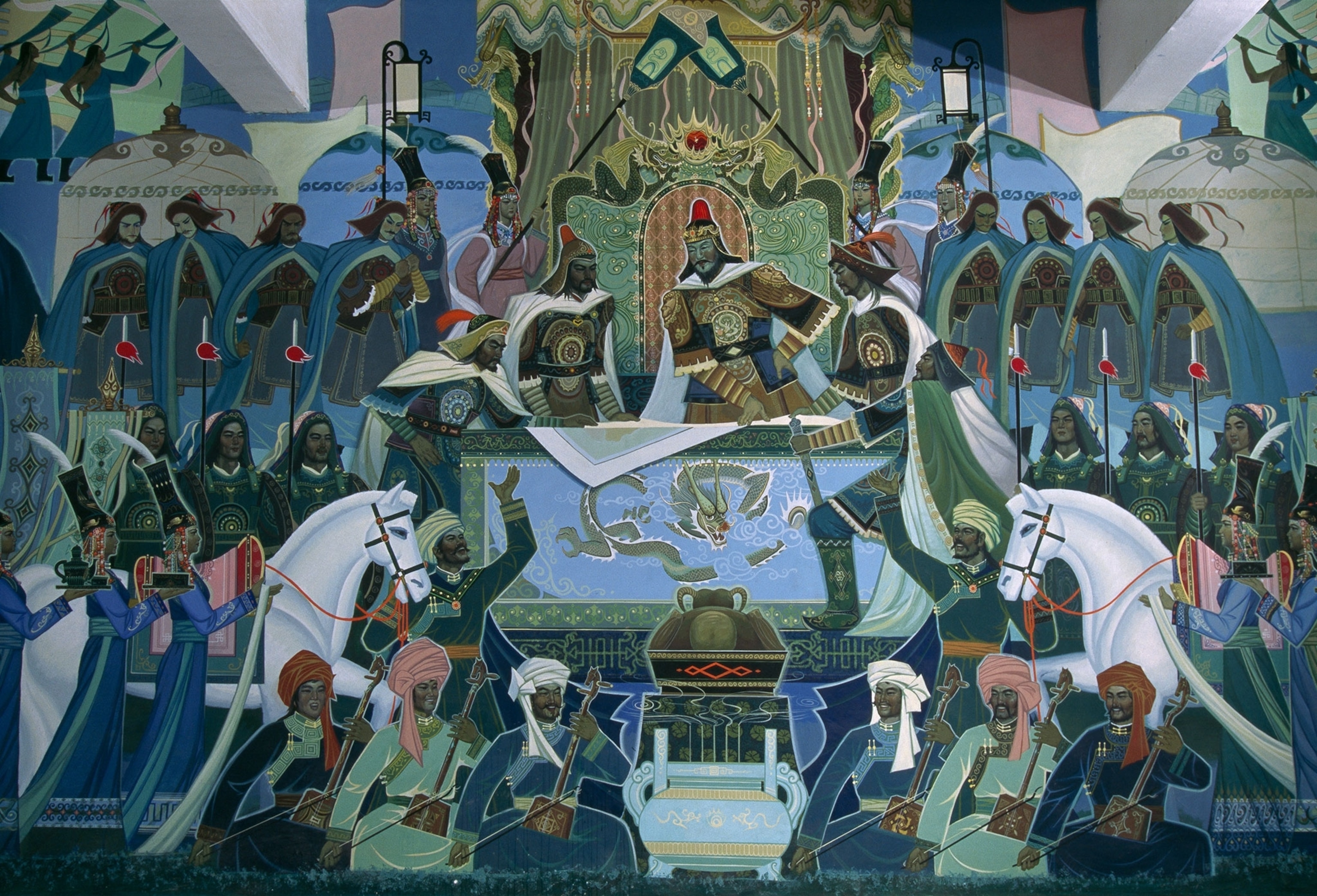 Who were the Mongols?

Under Genghis Khan, the Mongol army became a technologically advanced force and and created the second-largest kingdom in history.

Known for warfare, but celebrated for productive peace. Led by humble steppe dwellers, but successful due to a mastery of the era’s most advanced technology. The Mongol Empire embodied all of those tensions, turning them into the second-largest kingdom of all time.

At its peak, the Mongol Empire covered the most contiguous territory in history. Led at first by Genghis Khan, the empire lasted from 1206 until 1368. During that time, it expanded to cover most of Eurasia, thanks to advanced technology and a massive horde of nomadic warriors.

The Beginning of Modern Warfare

The Jin dynasty was under siege by the Mongol hordes for decades. In a moment of inspiration, the future of warfare is forever changed.

The rise of Genghis Khan

The empire was founded in 1206, when Temijin, son of a Mongol chieftain, assumed power and changed his name to Chinggis Khan (styled as “Genghis Khan” in the West and meaning “universal ruler”). The young warrior had already defeated the Mongols’ most powerful leader and fomented dissatisfaction among his people’s aristocracy. But he proved to be one of history’s greatest leaders.

At the time, Mongolia’s nomadic farmers relied on the land to sustain them. Their flocks of goats, sheep, horses, and other animals were dependent on abundant grass and water, and Mongols had to travel frequently to sustain them. Drought and disease could wipe out their livelihoods quickly.

Genghis Khan helped allay this sense of precariousness. He united Mongolia’s tribes and supported China’s peasant economy by stabilizing taxes and establishing rural cooperatives. He reformed his people’s laws and ushered in a military-feudal form of government. He embraced trade and religious freedom, and adopted advanced technology of the time, such as stirrups, composite bows, leather armor, and gunpowder.

Genghis Khan’s loyal warriors were rewarded for their fealty and became the most successful army of their time. (Learn about the quest to find Genghis Khan’s lost tomb.)

Their success rested on a complex new military structure and new military tactics, like arrow storms, amassing huge arsenals, engaging in repeated hit-and-run barrages, delayed sieges, and psychological warfare. The warriors were assisted by new technologies like the stirrup and technological and tactical innovations they adopted from the people they conquered. (Did the Great Wall of China kept the Mongols at bay?)

Traditional wisdom holds that the Mongols began growing their empire due to inhospitable conditions in their homeland. But more recent research suggests the Mongol Empire had an unexpected boon: climate. Researchers think the Mongol hordes may have initially prevailed due to a 15-year-long stretch of mild weather and above-average moisture that produced abundant grasses for their horses and better conditions for livestock breeding.

The empire adapted constantly as it grew, and flourished during a 162-year-long period of aggressive expansion. At the empire’s peak, Mongols controlled up to 12 million square miles.

Despite its reputation for brutal warfare, the Mongol Empire briefly enabled peace, stability, trade, and protected travel under a period of “Pax Mongolica,” or Mongol peace, beginning in about 1279 and lasting until the empire’s end. But Genghis Khan’s death in 1227 ultimately doomed the empire he founded. Disputes among his successors eventually split the empire into four. By 1368, all four had folded.

The Mongol Empire had gained a reputation for destroying its enemies, and it “spread terror and panic as news of the cities they had razed preceded them,” writes historian Diana Lary. She notes that the Mongols sparked large migrations, not just of displaced people but also of those fleeing future attacks. Memories of these attacks loomed large in the imaginations of future generations. (Hear how Genghis Khan has roughly 16 million descendants living today.)

But the Mongol Empire left other legacies: the Silk Road and its history of trade; cultural development; and the potential for a modern era characterized by the unity of disparate peoples, and relative peace.