Nat Geo photographers roam the planet in search of fresh perspectives. Explore the top photos from 2021. 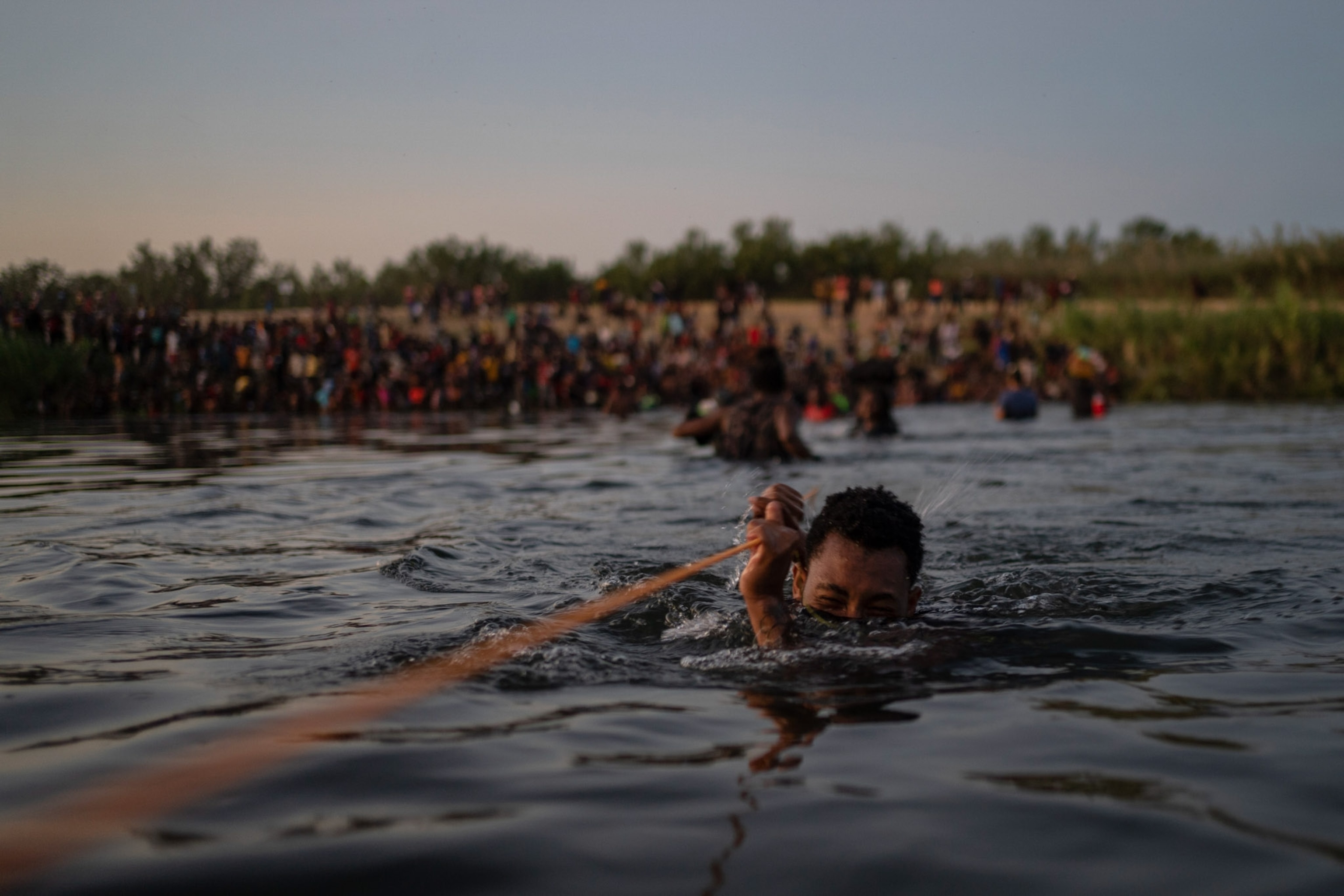 Stories of migration: What 2021 looked like for migrants across the Americas

For the past year, our photographers followed Guatemalan farmers, LGBTQ+ asylum seekers, and Afghan evacuees as they sought new homes and new lives.

Migrants cross the Rio Grande on September 19, 2021, to get back to Ciudad Acuña, Mexico, on the border with Texas. They had been camped out in Del Rio, Texas, alongside more than 14,000 others, most of them Haitians who fled their country years ago. The group was prevented from entry by U.S. authorities, and some chose to return to Mexico.
Photograph by Victoria Razo

On the day before Thanksgiving in Clarkston, Georgia, staff from the nonprofit Refugee Women’s Network delivered boxes of food and household supplies to the apartments of new arrivals. Answering one door was Shakila Aimaq, 31, a medical school graduate who had recently fled Afghanistan with 18 family members including her father, a parliamentarian who feared retribution from the new Taliban government.

Three and a half months after leaving the Afghan capital, Kabul, the refugees had arrived the night before at the suburban Atlanta apartment, where local volunteers had left greeting cards and chocolates. “From my whole family I want to thank you,” Aimaq said, addressing not just those who had provided the welcome gifts but the United States at large. “We feel very safe.”

This year, National Geographic writers and photographers fanned out across the Americas to document the forces that push millions of people from their homes. We followed LGBTQ+ migrants searching for safety in the United States, Venezuelans fleeing to Bolivia, and recently deported Salvadorans starting anew in a homeland they barely know. Though the paths for these migrants differ, their stories share familiar elements: uncertainty in the midst of a dangerous voyage; complex and evolving laws; difficult, and often lonely, new lives.

As we highlighted these journeys to and from the Americas in our series, “Stories of Migration,” the International Organization for Migration, a United Nations agency, was tallying the numbers of people on the move globally. According to its latest report, 281 million people migrated internationally in 2020. Fifty years ago, that figure was 84 million people. If trends continue, 2021 will have broken another record for human migration.

The movement is especially apparent along the U.S. southern border, where more migrants are trying to cross than at any other time in the past 20 years. In a given month, more than half are immediately sent back to Mexico under an obscure 1944 health law enacted by former President Donald Trump. We documented how this same law, called Title 42, was used to expel an estimated 14,000 Haitians from a makeshift camp in Del Rio, Texas. Most had fled years ago after an earthquake devastated their homeland, already wracked by ongoing political instability.

On the Mexican side of the border, gyms, churches, and factories have been converted into shelters crammed with bunk beds to accommodate migrants, most of whom came from Central American and Caribbean nations in an attempt to reach the United States. In Juárez, across from El Paso, Texas, migration officials are overwhelmed by the influx of single mothers and children who made the dangerous journey to America and were returned to Mexico. Many of them said they didn’t know where they were being sent back until they were bussed from U.S. detention back to the border.

“The migrant woman is the new face of migration,” says Blanca Castillo, a shelter volunteer in Juárez.

What makes so many leave home?

In Guatemala, farmers have abandoned land that no longer yields the corn and beans they need to survive. For years, Dany Gáldamez, an agricultural engineer, has helped farmers coax food from regions scarred by drought, hurricanes, and unpredictable weather. He’d hoped it was enough to keep hunger from driving them to the U.S. border because essentially, he says, “Migration is all about seeking resources to feed yourself.”

But this year, an estimated 3.5 million Guatemalans—more than a fifth of the country—are going hungry, according to the World Food Programme. More and more, including Gáldamez’s own daughter, have set out for the United States.

In the small town of Seymour, Indiana, 20 years of migration from Guatemala has bloomed into a more diverse community. Today, members of the Chuj community, Indigenous Maya immigrants, account for 10 percent of residents, and the town’s population has grown after years of stagnation.

This injection of foreign-born arrivals into small-town America has been on the rise since the 1980 Refugee Act, which created a process for offering shelter to people fleeing war and persecution. This admissions ceiling, as it’s known, admitted record low numbers of refugees under the Trump administration. Now that the ceiling has been raised by President Joe Biden, refugees are being resettled across the country. Among the first are evacuees from Afghanistan as it fell to the Taliban. Soon families from embattled countries such as the Congo and Myanmar will arrive to communities that have a history of welcoming foreigners, ready to start their new lives.