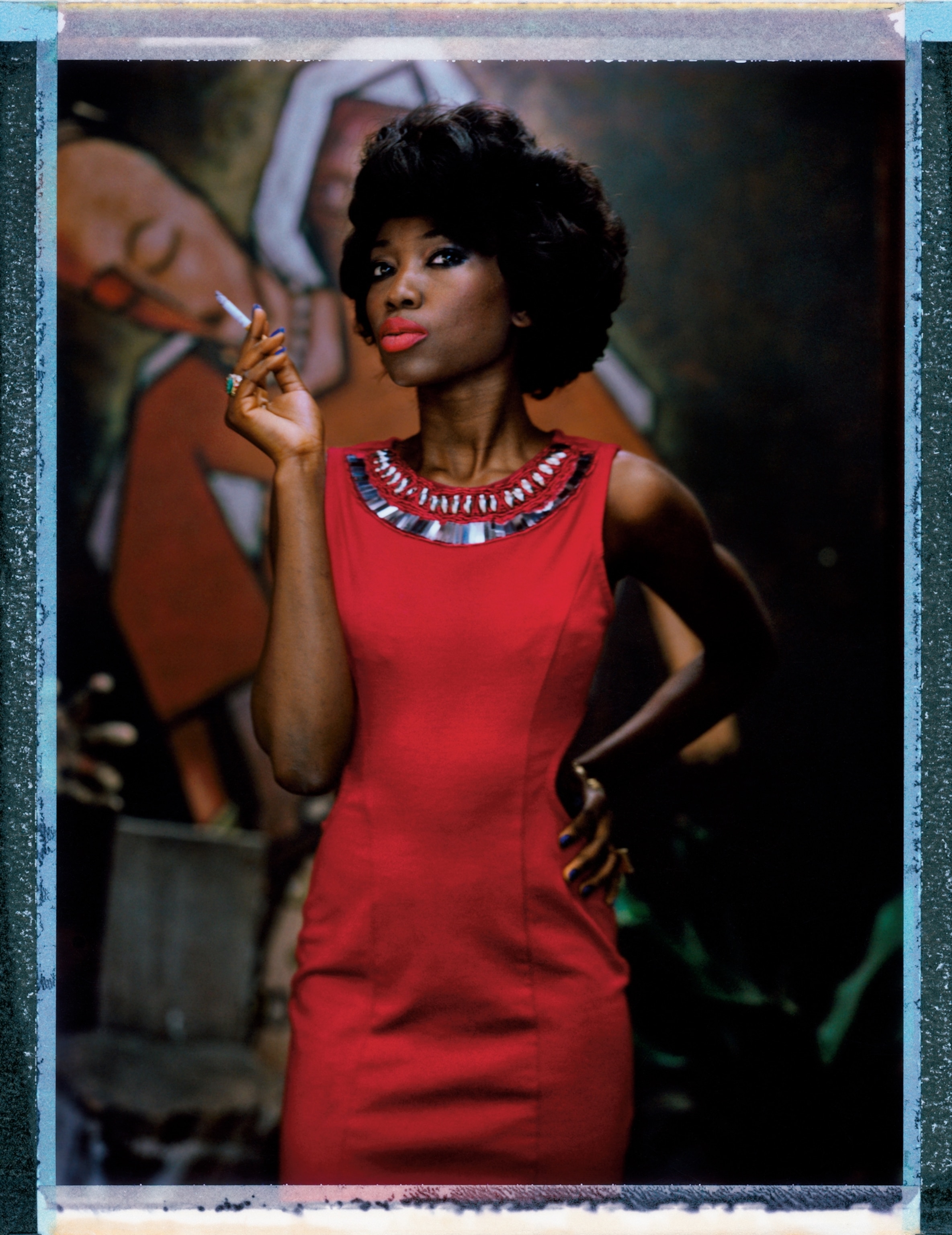 The city is bursting with a get-rich spirit that has made Nigeria’s economy the continent’s largest.

Almaz relishes the growing cultural scene in Lagos. Here she poses at the African Artists’ Foundation. “Lagos is a very bubbly society,” she says. “If you want to make something happen really, really bad, come to Lagos. It will happen, trust me.”

When he was 15 years old, David Adeoti worked in an Internet café in blue-collar Satellite Town, where it was almost possible to see the gleaming towers of Lagos Island less than ten miles to the east.

Satellite Town was a step up for Adeoti. His birthplace was off to the north in Orile, a wretched village of flooded streets and collapsing buildings. Technology had provided his way out. The Internet café in Satellite Town was run as a side business by a banker, who saw that the boy had a natural facility for computers—even the shop’s ancient desktops, which operated at lurching speeds. The banker paid Adeoti a little more than $200 a month to run the place. Adeoti spent his money on courses at a technical institute, determined that the Internet café would not be the end of the line for him.

One day in 2010 the shop’s customers looked up from the computers to see who had just walked in the door with the mannered British accent. His name was Jason Njoku, a bespectacled 30-year-old Londoner who had relocated to his ancestral homeland of Nigeria. Njoku asked Adeoti if he could scan some documents. While Adeoti operated the scanner, the genteel visitor mentioned that he was trying to find investors for a new business venture and asked the Internet café manager if he enjoyed his job. They exchanged cell phone numbers. A few months later Adeoti inquired about a job and was invited to Njoku’s apartment. Adeoti walked inside to find six young men wedged behind desks with computer cables snaked around their feet as they typed. This, Njoku informed Adeoti, was his new business: an indigenous version of Netflix that would stream movies to Nigerian computers and bring Nigerian movies to the world. Njoku needed someone like Adeoti to convert “Nollywood” DVDs into a YouTube format. As was evident by the cramped environs, the project was perilously low on money. Adeoti signed on anyway, thinking, It’s going to sell itself.