Get everything you need to know about the rockets that send satellites and more into orbit and beyond.

Since the invention of gunpowder in China more than seven centuries ago, humans have sent cylinders soaring into the skies with the help of controlled explosions. These craft and their engines, called rockets, have taken on many roles as fireworks, signal flares, and weapons of war.

But since the 1950s, rockets also have let us send robots, animals, and people into orbit around Earth—and even beyond.

How do rockets work?

As tempting as the logic may be, rockets don't work by “pushing against the air,” since they also function in the vacuum of space. Instead, rockets take advantage of momentum, or how much power a moving object has.

If no outside forces act on a group of objects, the group's combined momentum must stay constant over time. Imagine yourself standing on a skateboard with a basketball in your hands. If you throw the basketball in one direction, you and the skateboard will roll in the opposite direction to conserve momentum. The faster you throw the ball, the faster you roll backward.

Rockets work by expelling hot exhaust that acts in the same way as the basketball. The exhaust's gas molecules don't weigh much individually, but they exit the rocket's nozzle very fast, giving them a lot of momentum. As a result, the rocket moves in the opposite direction of the exhaust with the same total oomph.

Rockets make exhaust by burning fuel in a rocket engine. Unlike airplanes' jet engines, rockets are designed to work in space: They don't have intakes for air, and they bring along their own oxidizers, substances that play the role of oxygen in burning fuel. A rocket's fuel and oxidizer—called propellants—can be either solid or liquid. The space shuttle's side boosters used solid propellants, while many modern rockets use liquid propellants.

What are the stages of a rocket launch?

A rocket's first stage gets the rocket out of the lower atmosphere, sometimes with the help of extra side boosters. Because the first stage must lift the entire rocket, its cargo (or payload), and any unused fuel, it's the biggest and most powerful section.

The faster a rocket goes, the more air resistance it encounters. But the higher the rocket goes, the thinner the atmosphere gets. Combined, these two factors mean that the stress on a rocket rises and then falls during a launch, peaking at a pressure known as max q. For the SpaceX Falcon 9 and the United Launch Alliance Atlas V, max q occurs at 80 to 90 seconds after liftoff, at altitudes between seven and nine miles.

Once the first stage has done its job, the rocket drops that portion and ignites its second stage. The second stage has a lot less to transport, and it doesn't have to fight through the thick lower atmosphere, so it usually has just one engine. At this point, rockets also let go of their fairings, the pointed cap at the rocket's tip that shields what the rocket is carrying—its payload—during the launch's first phase.

Historically, most of a rocket's discarded parts were left to fall back down to Earth and burn up in the atmosphere. But starting in the 1980s with NASA's space shuttle, engineers designed rocket parts that could be recovered and reused. Private companies including SpaceX and Blue Origin are even building rockets with first stages that return to Earth and land themselves. The more that a rocket's parts can be reused, the cheaper rocket launches can get.

What are the different types of rockets?

Just as automobiles come in many shapes and sizes, rockets vary depending on the jobs they do.

Sounding rockets launch high in the air on ballistic arcs, curving into space for five to 20 minutes before they crash back to Earth. They're most often used for scientific experiments that don't need a lot of time in space. For instance, NASA used a sounding rocket in September 2018 to test parachutes for future Mars missions. (Where exactly is the edge of the space?The answer is surprisingly complex.)

Suborbital rockets such as Blue Origin's New Shepard are strong enough to temporarily enter space, either for scientific experiments or space tourism. Orbital-class rockets are powerful enough to launch objects into orbit around Earth. Depending on how big the payload is, they also can send objects beyond Earth, such as scientific probes (or sports cars).

Ferrying satellites to orbit or beyond requires serious power. For a satellite to remain in a circular orbit 500 miles above Earth's surface, it must be accelerated to more than 16,600 miles an hour. The Saturn V rocket, the most powerful ever built, lifted more than 300,000 pounds of payload into low-Earth orbit during the Apollo missions.

For now, SpaceX's Falcon Heavy and United Launch Alliance's Delta IV Heavy are the world's most powerful rockets, but even bigger ones are coming. Once NASA's Space Launch System gets past its delays and cost overruns, it will be the most powerful rocket ever built. Meanwhile, SpaceX is building a test version of its Starship, the massive rocket formerly known as the BFR (Big Falcon Rocket). Russia has also announced its goal of launching a “super-heavy lift” rocket in 2028.

As some rocket makers go big, others are going small to service the growing boom in cheap-to-build satellites no bigger than refrigerators. Rocket Labs's Electron rocket can lift just a few hundred pounds into low-Earth orbit, but for the small satellites it's ferrying, that's all the power it needs.

What is a launch pad?

A launch pad is a platform from which a rocket is launched, and they're found at facilities called launch complexes or spaceports. (Explore a map of the world's active spaceports.)

A typical launch pad consists of a pad and a launch mount, a metal structure that supports the upright rocket before it launches. Umbilical cables from the launch mount provide the rocket with power, cooling liquids, and top-up propellant before launch. The structure also helps shield the rocket from lightning strikes.

Different launch complexes have different ways of putting rockets on launch pads. At NASA's Kennedy Space Center, the space shuttle was assembled vertically and moved to the launch pad on a tank-like vehicle called a crawler. The Russian space program transports its rockets horizontally by train to the launch pad, where they're then lifted upright.

Launch pads also have features that minimize damage from the rocket's launch. When a rocket first ignites, valves lining the launch pad spray hundreds of thousands of gallons of water into the air around the exhaust, which helps lessen the rocket's deafening roar. Trenches beneath the launch pad also direct the rocket's exhaust out and away from the craft, so the flames can't rise back up and engulf the rocket itself.

Where are rockets launched?

There are many launch sites around the world, each with different pros and cons. In general, the closer a launch site is to the Equator, the more efficient it is. That's because the Equator moves faster than Earth's poles as the planet rotates, like the outer edge of a spinning record. Launch sites at higher latitudes more easily place satellites into orbits that pass over the poles. 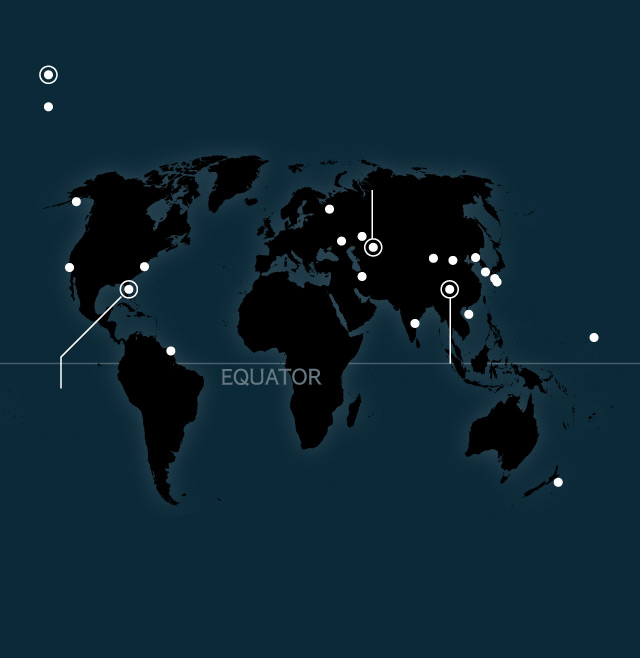 No human sent into space 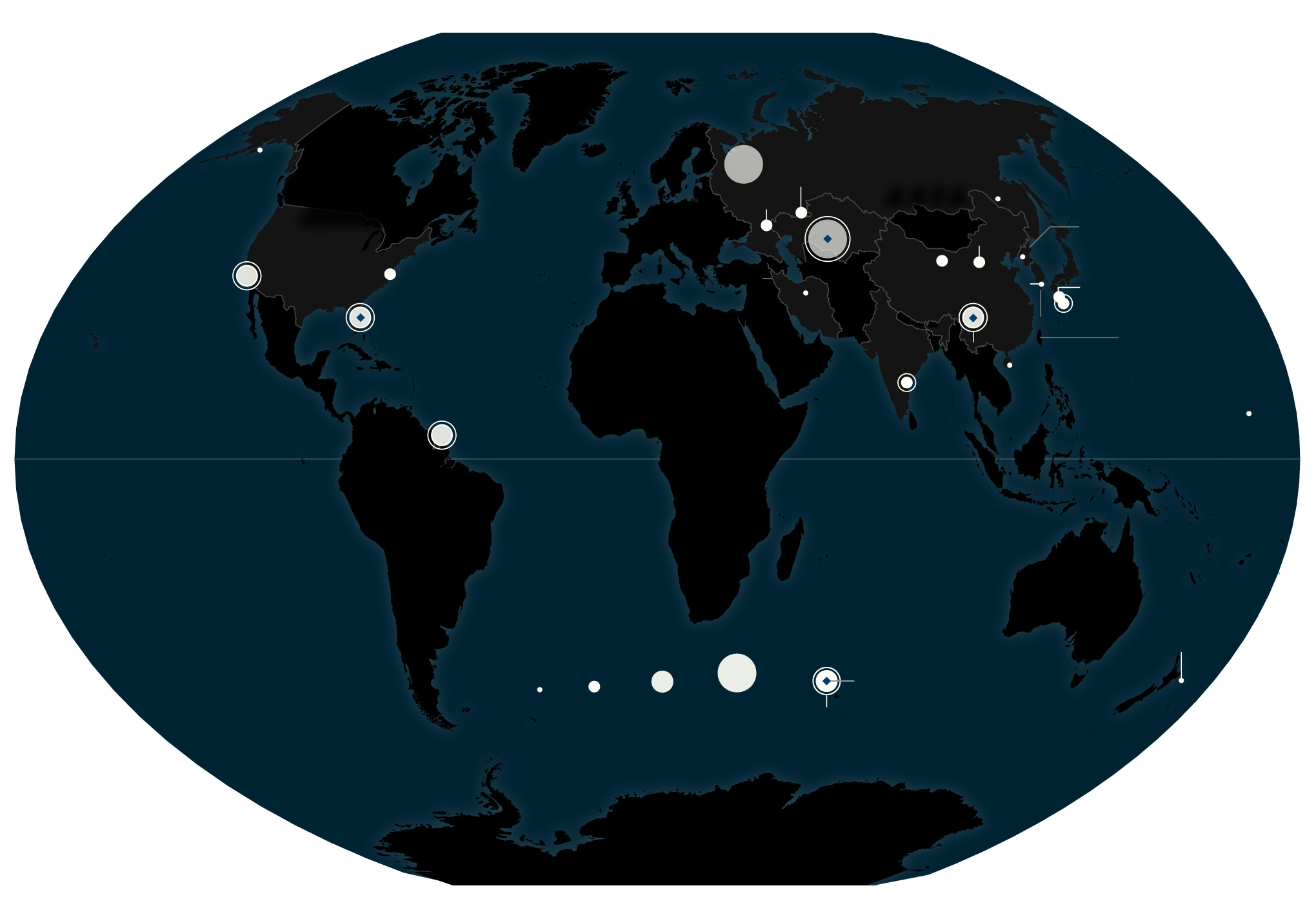 Where can I see a rocket launch?

In the United States, NASA's Kennedy Space Center regularly offers access to visitors. NASA's Wallops Flight Facility in Virginia also allows launch viewing from its visitor center. The European Space Agency's spaceport in French Guiana is open to visitors, but the agency encourages travelers to plan ahead. Tourists can visit Kazakhstan's Baikonur Cosmodrome, the storied home of the Soviet and Russian space programs, but only by booking a tour. The facility remains closely guarded. (See pictures of the villages near Russia's Plesetsk Cosmodrome, where salvaging discarded rockets is a way of life.)

If you can't visit a spaceport in person, never fear: Many public space agencies and private companies offer online livestreams of their launches.