From Alaska to the Caribbean, North America’s ultimate trails wind past shining seas, an active volcano, and wild animals.

So much of the world can be explored on foot—awe-inspiring landscapes, glimpses of wildlife, encounters with new cultures. These North American hiking trails (including ones in Central America and the Carribbean, of course) let you set off into such wonders. From a multi-day trek alongside a French-Canadian fjord to an iconic Hawaiian coastal path, these are among the most spectacular routes for wandering into the wilderness—with an emphasis on solitude, since many of these hikes are not crowded. Although some of these strenuous hikes take a full day to a week or more, they can be split into shorter, more manageable treks. 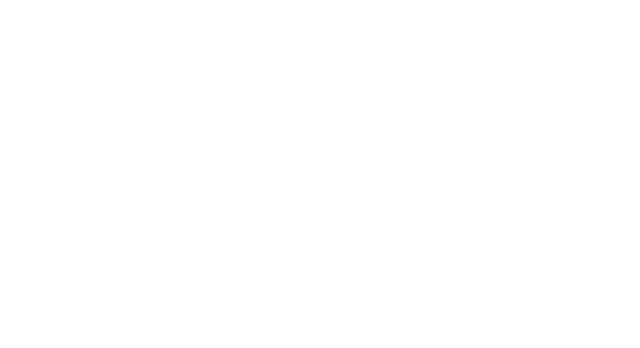 Within a 30-minute drive of downtown Vancouver, this heart-pumping trail tiptoes through hemlock forests, alpine tundra, and along high, airy ridges with views of islands and the navy-colored sound below. At times, hikers must climb hand over foot, hop between boulders, and brave thrilling exposure. But the spectacular landscape—views of peaks like Mount Harvey and the Lions, a descent past lakes and blueberry bushes—make this surf-and-turf journey worth it. Distance: 17 miles point-to-point, one to three days.

From the sea, the plunging, plant-choked cliffs of Kauai’s Napali Coast appear impenetrable. But this fabled, exposed trail skirts them, traveling along jungle cliffs between Ke’e Beach and Kalalau, an idyllic Hawaiian spit of sand reachable only by foot or boat. Things can get slippery and dangerous when it rains, and the steep path isn’t for acrophobes, but natural wonders beckon: waterfalls cascading down the valleys, views over the Pacific clear to the horizon. Distance: 22 miles out and back, one to three days.

The Aboriginal people of Québec called Saguenay Fjord Pitchitaoitchez, roughly translated as “that which flows between two mountains,” and it’s an apt description of the terrain in the national park that bears its name, about three hours northeast of Québec City by car. This moderately difficult hike rambles through balsam fir and birch forests, passing rocky alpine lookouts with views over the fjord some 600 vertical feet down. Critters you might see: black bears, beavers, even moose. Distance: 26 miles point-to-point, two to four days.

One of the United States’ premier wilderness treks, this strenuous hike links trails across Wyoming’s Bridger-Teton National Forest and Grand Teton National Park which delve into high alpine scenery fit for royalty: fields bursting with wildflowers, dark peaks spearing the sky, bucolic lakes, and a preponderance of big wildlife (bison, bears, wolves). Campsites along the way include a tent platform on the shores of Marion Lake and nooks on the Death Canyon shelf. At the latter, you’ll fall asleep overlooking an expansive canyon striped with cliff bands. Distance: About 35 miles point-to-point, 4 to 5 days.

It’s rumored that only a few dozen backpackers a year complete this doozy of a high route, a ribbon which winds along the spine of the Sierra Nevada range and deep into Yosemite and Sequoia & Kings Canyon national parks. Though it’s not far from California’s dense population, the route feels light-years away with its rocky scrambles, fields packed with wildflowers, and starry night skies. Distance: 195 miles, 15 to 20 days.

In summer months, fit, experienced backcountry hikers must hop a bush plane to delve into this northernmost band of the Rocky Mountains, where there are no established trails (or campgrounds) but dramatic, pristine Alaskan nature abounds: peaks as high as 9,000 feet, valleys full of tundra plants, caribou herds (and the grizzlies that hunt them). “It’s arguably the greatest place in North America for wilderness trekking,” says Andrew Sruka, a pro backpacker and former National Geographic Adventurer of the Year. Distance: Varies; most trips seven-plus days.

In New Hampshire’s White Mountains, this route connects nine peaks named after U.S. presidents via 8,500 vertical feet of climbing, much of it in sensitive alpine territory above the tree line. European-style hiking huts dot the route, hosting hikers in bunks and feeding them breakfast and dinner. Midway through the trek, you’ll summit Mount Washington, the highest peak in the northeast where—on a rare clear day—you can gaze over five states. Distance: 19.8 miles point-to-point, one to four days.

Several volcanos loom above the colonial city of Antigua, Guatemala (one of National Geographic Travel’s Best Trips of 2020), including Fuego volcano, still actively rumbling and spouting smoke and fire. To see its mind-blowing force, climb its peaceful, dormant neighbor, the 13,045-foot Acatenango. A route skirting farmers’ fields, and old-growth cloud and pine forests, leads to a scramble up a barren cone of loose rock to the summit. The reward? Views of mighty volcanoes, countryside, and even Lake Atitlán. Distance: 9 miles out and back, one to two days.

Amid the jungle landscapes and volcanic rocks of one of the Caribbean’s least-touristy islands, this relatively new trail (open since 2013) brings visitors to small, interior communities of Dominica’s indigenous Kalinago people. The trail is well-signed and takes in hot springs, cliff-secluded beaches, and cinnamon trees, but come prepared for steep, slippery slopes and sweltering heat. Distance: 115 miles point-to-point, 10 to 14 days.

You can bag a “fourteener”—a mountain rising over 14,000 feet—by hiking the Keyhole Route to the top of the highest peak in Rocky Mountain National Park, just 75 miles northwest of Denver. Around 15,000 would-be summiteers attempt this feat each year, but only half of them make it because of altitude sickness, fatigue, or foul weather. Savvy hikers start as early as 2 a.m. in order to complete the route through alpine tundra, over granite boulders, and past glaciers and lakes. Distance: 15 miles out and back, 10 to 15 hours.

This article is excerpted from National Geographic’s new 100 Hikes of a Lifetime: The World’s Ultimate Scenic Trails, available wherever books are sold.

Kate Siber is a freelance writer and the author of the recent children’s book National Parks of the U.S.A. Follow her on Twitter.