National Geographic Adventurer of the Year Babsi Zangerl is taking on the hardest, scariest routes around the world—including Yosemite's legendary Magic Mushroom.

National Geographic Adventurer of the Year Babsi Zangerl is taking on the hardest, scariest routes around the world—including Yosemite's legendary Magic Mushroom.

Editor's Note: This week we are celebrating our 2019 Adventurers of the Year. Each day we will reveal a new honoree. Come back every day to discover the stories of six people who pushed adventure further to redefine what's possible. Read about Monday's honoree here, Tuesday's here, Wednesday's here, and Thursday's here.

It’s a curious thing in climbing that no matter how long or hard a climb gets, success often comes down to just a single move. Babsi Zangerl—considered the best all-around female climber in the world—collided with one such crux move 2,700 feet up El Capitan, the great granite monolith of Yosemite National Park. 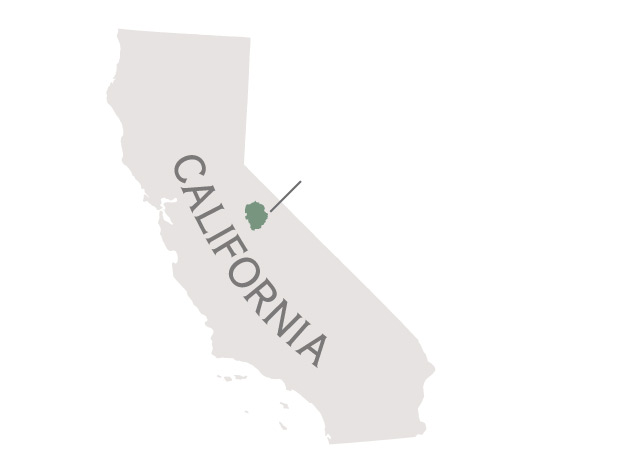 Zangerl’s stopper move involved figuring out to overcome a section that didn’t seem to fit her body size. At five feet three inches tall, she found herself too outstretched between the holds to keep enough tension to make the move. Her chances of advancing beyond this point hinged on her ability simply to move her left foot, from one hold to the next, without losing her balance and falling backward into the void.

“I almost gave up at this point,” she says. “I tried everything.”

It was midnight, and Zangerl was climbing by headlamp, still throwing herself at this crux, half a mile up this big wall of granite. She fell into the bracing, black air with a scream of fear and frustration before the rope finally caught her fall.

This was in December 2017. Zangerl and Jacopo Larcher—her partner, both for this climb and in life—had already spent the past nine days climbing and camping in portaledges on El Capitan's majestic face. The days were short, the nights were cold, and the climbing was relentlessly difficult. The route, called Magic Mushroom, is considered the second-hardest free climb on El Capitan after the famous Dawn Wall. Magic Mushroom was first freeclimbed in 2008, meaning the climbers used ropes and other gear only for safety and not to aid their ascent. Since then, it had never been repeated by another climbing team.

Zangerl is Austrian, extremely humble, and carries an air of the girl-next-door. Her low-key nature, however, belies her reputation among her peers as the best all-around female climber in the world. 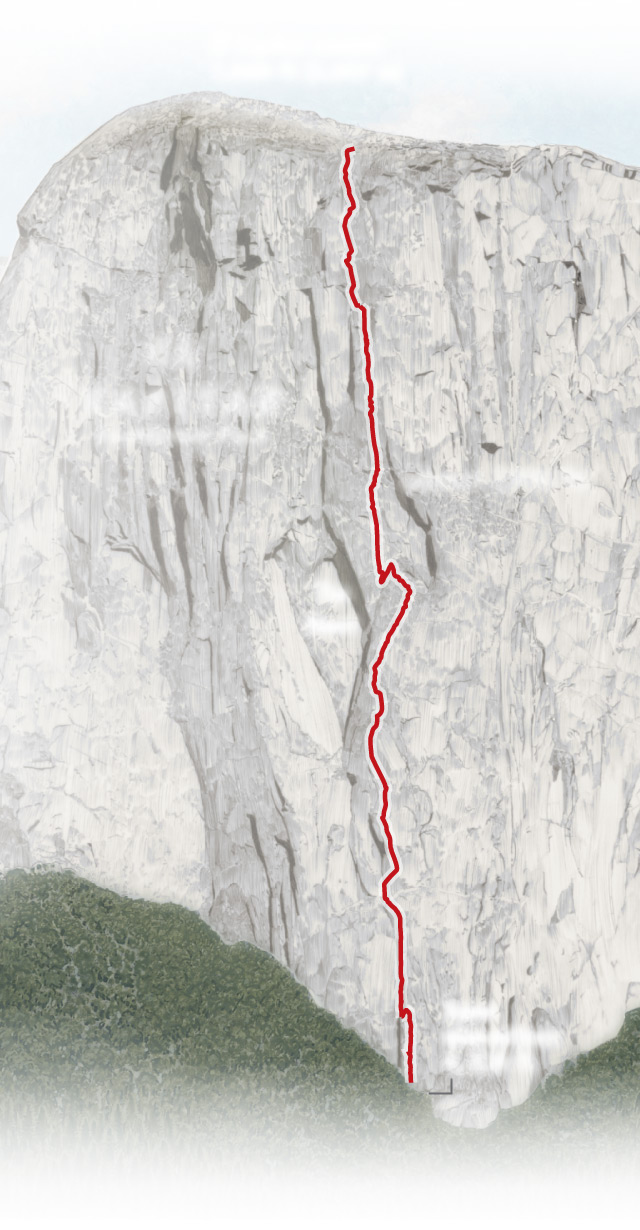 “It is extremely difficult to find climbers who are achieving in so many different disciplines, and among female climbers it is even more rare,” says Adam Ondra, considered by many to be the world’s best rock climber. “Babsi is definitely one of the best all-around female climbers, if not the very best.”

“I can’t really think of any other women climbing at such a high level in so many different disciplines,” says Alex Honnold, the famed free soloist. “She’s such an unassuming ‘world’s best.’ She’s so mellow that it’s hard to think of her as ‘the best,’ which is a good thing.”

Zangerl is a professional climber, but also holds a part-time job in Bludenz, Austria, as a radiographer in a hospital. She has been dating Larcher—himself also quite a talented professional climber—for six years. Their first date was climbing a relatively easy route on a 3,000-foot limestone cliff in the Dolomites in Italy. They got lost and spent the whole night rappelling off scary 80-year-old rusty pitons, which flexed in the rock under their body weights. By the end of their date, it was clear that each had found a partner with the right mix of grit and humor, traits that go a long way on big wall climbs.

“We’re a good team,” says Zangerl. “It’s easy for us to handle stress on the wall because there’s always something to do. At home, though, it’s a little different,” she says with a laugh.

Zangerl and Larcher are known for holding themselves to strict climbing ethics. For example, they each aspire to “lead” all of the hard pitches, meaning they each try to climb from one anchor point to the next without the comfort of a top rope overhead to catch them immediately if they slip off a hold. They also always try to climb “ground up,” as opposed to the common practice of rappeling down routes in advance of their ascents in order to scope the gear placements and the moves required.

“For me, it’s more memorable when I have to work more for a route,” says Zangerl. “When you have to do all the stuff you don’t really want to do, like haul heavy bags and clean cracks and take scary falls, somehow it makes it more like an adventure.”

“I think Babsi is rare in her ability to enjoy the vast amounts of hard work that come with big-wall free climbing,” says Tommy Caldwell, who has claimed numerous first-ascent free climbs on El Capitan, including the Dawn Wall and Magic Mushroom. “She is obviously supremely talented.”

Barbara “Babsi” Zangerl was born in 1988 in Tyrol, near the fashionable ski runs of the Arlberg. She is the middle of five siblings, and first tried climbing in a nearby gym with her brother when she was 14. She quickly transitioned to climbing outside and started specializing in bouldering—a type of rock climbing involving scaling boulders, 15 to 30 feet high, with no rope and only a crashpad below. As a teenager she was climbing at a world-class standard of difficulty among women, but she ultimately pushed herself too hard. At age 19, she herniated a disc in her back after too many falls onto crashpads. She lost all feeling in her toes. The doctor told her she’d never climb again.

The doctor was only partly right. Indeed, Zangerl quit bouldering. Instead, she started sport climbing, which involves using a rope to climb routes around 80 feet tall. Sport climbing tends to demand more endurance than bouldering, which relies more on shorter bursts of power. Zangerl recalls not being able to climb more than five moves in a row without needing to rest.

“You feel like a beginner,” says Zangerl. “My motivation grew a lot at this time. It was a good challenge for me, but it was also therapy that helped me recover.”

It’s clear that one clue to Zangerl’s success seems to be a genuine enjoyment of adversity and process. Zangerl soon gained that much-needed endurance, and as her ability to climb longer routes progressed, so, too, did her appetite for adventure.

“I tried that move for three days,” she recalls. “Ten years ago, I would’ve thought that if you can’t do a move after three days, then there is no way to do the route. But now I think that when the move feels a little easier on the third day, then maybe there is a chance.” But just as she did when facing her back injury, Zangerl found a way when the odds of success seem dimmest. She finally cracked the move and added the triology to her résumé.

Fast forward back to El Capitan. The summit was tantalizingly close—just 300 feet above. It was now past midnight, and Zangerl was ready to head back down to the portaledge camp to call it a night. Larcher was patiently belaying, holding her weight on the rope as she rested in between attempts. She rested her head against the rock and closed her eyes. She noticed that particular body position felt strangely good. She jolted back into action and tried the move again. By pushing her head against the opposing corner of rock, Zangerl could move her foot. After all that, she had found the most unlikely way.

“That was the best part of the whole experience,” she says. “It wasn’t when I actually got to the top; it was when I found this solution because I had almost given up and everything was so far away five minutes ago, and all of a sudden everything changed.”

Zangerl rested the next day. Then, on their eleventh day on Magic Mushroom, Zangerl and Larcher successfully reached the summit of El Capitan, having completed a stunning second ascent, in the best style possible.

“I think the most important thing in climbing is to just go and try it,” says Zangerl, “because you never know what you’re capable of doing.”