In the wake of tragedy, climbers pay homage to David Lama

David Lama was a climbing prodigy who became a world-champion competitive climber in his teens. He quickly decided alpinism was his true passion and devoted his life to climbing the world's most difficult peaks. Lama, along with two other elite mountaineers, died in an avalanche in Banff National Park on April 16, 2019.

The avalanche itself might have only lasted a few seconds, yet it stole decades of future adventure and inspiration in the form of three of the most elite alpine climbers in the world. David Lama, Hansjoerg Auer, and Jess Roskelley were swept away as they attempted to ascend a dangerous and difficult route on the craggy east face of 10,810-foot Howse Peak in Banff National Park on April 16. Recovery efforts have been stalled due to persistent avalanche danger in the area, according to a spokesperson for Parks Canada. Read our initial report on the accident here. 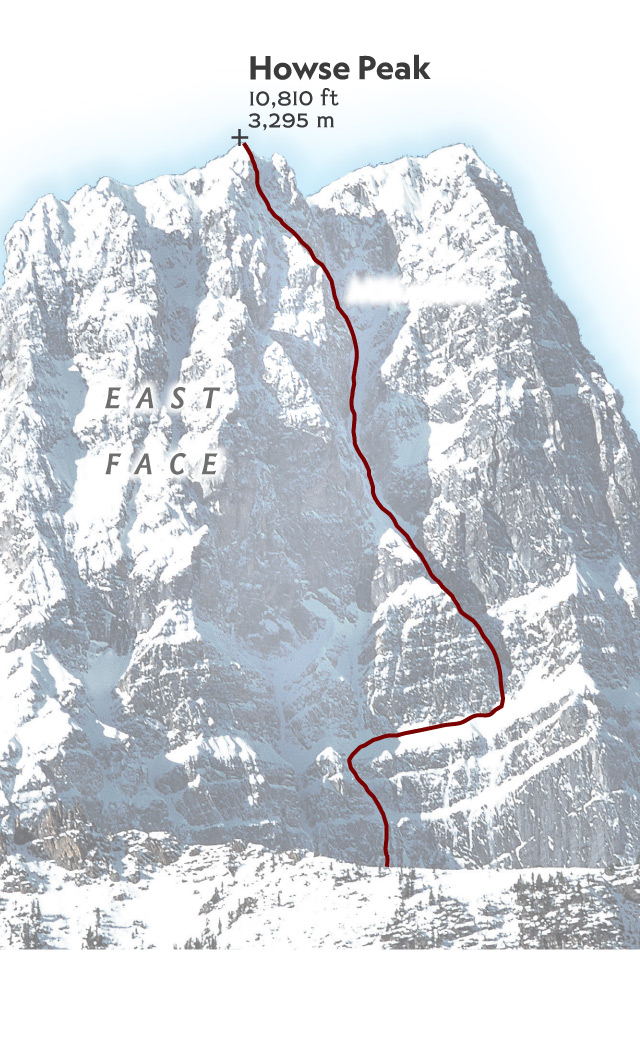 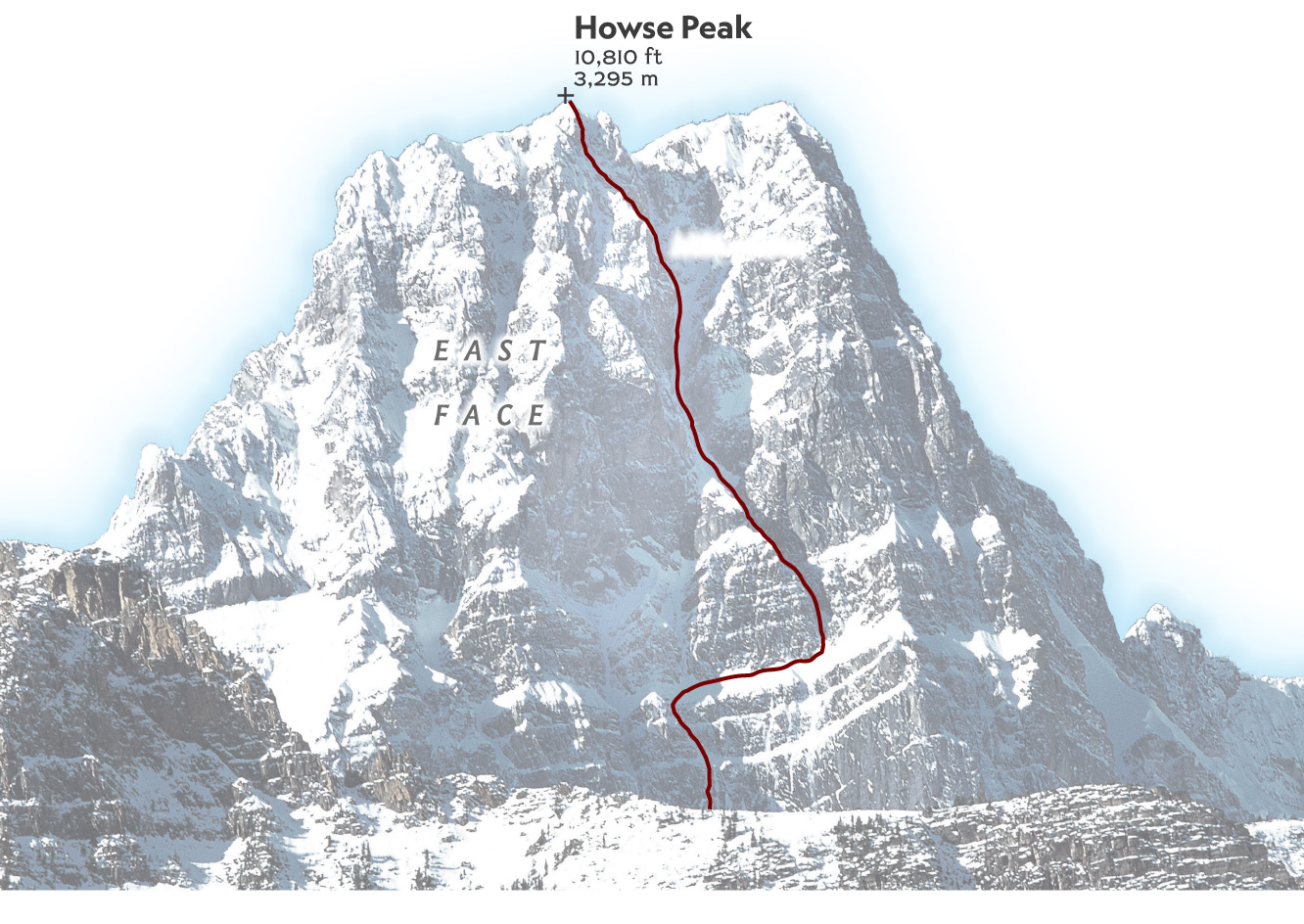 Auer, arguably Austria’s best free soloist, was 35. Roskelley, the son of legendary American mountaineer John Roskelley, and an emerging climbing legend in his own right, was 36. Lama, son of a Nepali father and Austrian mother, was 28. All three were professional climbers sponsored by outdoor gear brand The North Face. As of Friday morning, the company dedicated its homepage to these athletes.

A one-time child climbing prodigy, who learned the ropes in the mountains surrounding his home of Innsbruck, Austria, as early as age 6 under the tutelage of the great Himalayan mountaineer Peter Habeler, Lama was certainly the most globally recognized name of the three. Perhaps his most notable achievement was the first free ascent of the Southeast Ridge of Cerro Torre in 2012, an ascent that was documented in the feature-length film A Snowball’s Chance in Hell. This climb also earned him recognition as a National Geographic Adventurer of the Year. (See a timeline of his most notable climbs below.)

His most recent major climb was Lunag Ri (22,660 feet), previously considered Nepal’s highest unclimbed, non-prohibited mountain. It was an objective Lama originally learned about from Roskelley, who showed him a photo of the mountain in an Alaskan basecamp. A gorgeously geometric mountain with a summit shaped like a striking scimitar of granite, Lunag Ri took Lama four attempts over four years before he succeeded. He had originally aspired to climb the mountain with Conrad Anker, an American mountaineer 29 years his senior. Yet in 2015, Anker sustained an altitude-induced heart attack at 20,000 feet, and the climb turned to a rapid life-saving descent. Lama helped Anker get off the mountain and arrange for a rescue to get him to a hospital in Kathmandu, where he underwent surgery and ultimately recovered. Instead of taking on another partner for the project, Lama climbed Lunag Ri alone, failing once before ultimately succeeding in 2018, when he returned stronger, fitter, and lighter than ever.

It’s hard to overstate the loss of talent, ambition, and inspiration these deaths represent to the climbing world. And yet, their deaths are another example of the mountains’ utter lack of bias when it comes to experience and talent. For what it’s worth, the risks are not unknown to the climbers themselves—and in fact, climbers might have a deeper relationship to this extreme edge than most.

“I think climbers and mountaineers have a very open relationship toward risk and toward their fears,” said Lama in a recent interview. “We really think about what can go wrong. Obviously it’s really important to stay alive, but I also think it'd be really good if people in general think about the consequences of their actions as much as climbers do.”

We assembled some memories from those who knew Lama best.

David was shy, quiet, and introverted. He found his power in climbing. He kept to himself. He had a book of crossword puzzles that he brought to base camp. We played chess, but everyone at base camp got so tired of getting beaten at chess by David we had to stop playing.

He grew up as a bi-racial kid in Austria, and his Nepali heritage was something I got to see him embrace more and more when we went to Lunag Ri. In Nepal, I’d be considered his uncle. He was the same age as my sons. He spoke about wanting to do something in Nepal to help Nepali climbers push themselves to climb more difficult routes. He never got to do that, but there was that desire to give back to people. He was that guy who would stop on the side of the road in the middle of a snowstorm to help someone fix a tire.

He was humble, motivated, and had the most natural ability to move over any kind of vertical terrain.

There was duality to David. He could be a rascal and do stuff you’d associate with a teenage kid, and then when he was climbing, there was this part of him that was very calculating, rational, wise, and visionary. I feel lucky I got to see both of those sides.

There was no such thing as a half-assed adventure with David. It was always full-ticket ride. From Trango Tower to doing a first ascent in the Baatara Gorge in Lebanon—even going to visit David in Austria was like this. He had this ability to be completely at ease and relaxed one moment, and then turn it on to 110 percent the next. I was always amazed that he could transition from snow and ice to rock—he could climb 5.14 easily after not climbing for a month.

He was unquestionably one of the most elite, all-around climbers of all time.

It hurts to feel the crushing magnitude of losing people you not only really care about, but also that are such iconic figureheads of our community. My heart breaks and I am praying for the direct family members and loved ones involved. Jess was one of the most driven, positive, humble, goofy, and kind friends. He accomplished daunting mountains with a smile and inspiring ability to encourage you to see no limits, too. Despite the magnitude of his accomplishments, he wasn’t “above” anyone. He was a genuine, radical guy and husband to an equally inspiring, kickass woman, @alliroskelley David Lama- who in our direct community doesn’t have a story...? Soft spoken, genuine BADASS. Footsy (@magmidt 😭) It’s been some time since the three of us hung out together but I will never forget how you have always been the number one climber I have looked up to’s career...the childhood prodigy turned all-rounded mountain climbing technician. He was the guy that could probably come back from a long expedition and still fire 5.14’s like he never left the gym. Hansjorg; an Austrian legend, I didn’t know you as personally so well but man, your accomplishments were so damn legendary. It’s so hard for me to wrap my mind around this except for the fact that the mountains are at once beautiful and merciless. These guys knew what they were doing in the mountains. They were straight legends. That’s what is terrifying to me. It doesn’t matter who you are or what your resume is: extremely unlucky circumstances can still happen. 💔.

Via Instagram: “I will never forget how you [Lama] have been the number-one climber [whose career] I have looked up to. The childhood prodigy turned all-around mountain climbing technician. [Lama] was the guy who could come back from a long expedition and still fire 5.14s like he never left the gym.”

Via Instagram: “I first heard about David Lama at a youth World climbing championship in Edinburgh, Scotland. We were competing in the same age category and there was a lot of hype behind him as bing a child climbing prodigy. He stunned us all by effortlessly floating the finals route and winning the comp. David kept to this competition path and won the 2008 Lead World Cup overall, 2007 European bouldering champs, and took bronze at the 2009 Lead World Champs in Xining…. I was always impressed with his talent in climbing and his approach to it. … He ended up using that talent of his by doing so many remarkable ascents in the mountains (tons were out there and bold … dude was confident and brave).

Professional climber. In 2015, Lama visited Lebanon, interacted with the local community, and established the hardest rock climb in the Middle East with a new 5.14d in the Baatara Gorge.

The opportunity to climb with David Lama was a dream for me on a personal level and significant for our community. One thing David said was, ““If you travel roads that have been already discovered, you’re basically always just following. But if you go somewhere where no one has ever been, you’re on the lead and that is one thing that I really like.”

Being driven by the beauty of Lebanon, David believed in his vision and succeeded in gifting Lebanon a gem within the Baatara gorge, which is a natural wonder. He was by all means a genuinely good and inspiring human. My thoughts and prayers are with his family, friends, and loved ones.

2000: Lama climbs a route given a difficulty rating of 5.13b, making him the youngest person to climb this grade. He also wins six more climbing competitions.

2004: Now 14, Lama is old enough to compete in the European Youth Cup. He wins all competitions this year and continues to develop his climbing skills outdoors, including achieving his first route rated 5.14b.

2005: Lama wins all the major junior international climbing events but one and becomes a Junior World Champion for the second time.

2006: The International Federation for Sport Climbing changes its rules to allow Lama, 15 but turning 16 in August, to enter the adult World Cup. He places second in his first official World Cup competition, then wins the next one, becoming the youngest World Cup winner in history.

2008: A turning point, as Lama begins to compete less and focus more on adventure. “Climbing in the gym was always super fun, and I still enjoy it now,” he said. “But I’ve always perceived climbing outdoors as the real climbing, the true climbing—the adventure.”

2012: Lama achieves first free ascent of the Southeast Ridge (a.k.a. the “Compressor Route”) on Cerro Torre, achieving the route despite the recently removed bolts. He considers that ascent to be one of the best of his career—for personal, professional, and historical reasons. Later that year, Lama climbs Trango Tower (20,623 feet) and Chogolisa (25,157 feet) in the Karakoram, Pakistan.

2013: Lama and Dani Arnold do the first ascent of Bird of Prey on the East Face of the Moose’s Tooth (10,335 feet) in Alaska. The ascent is considered one of the hardest alpine climbs of the year.

2015: Lama and Conrad Anker make their first attempt on Lunag Ri. Lama visits Lebanon and establishes one of his hardest sport climbs ever: Avatarra (5.14d) in the Baatara Gorge.

2016: A return to Lunag Ri. Anker sustains a heart attack (and survives thanks to Lama’s assistance in getting down the mountain). Lama attempts to solo Lunag Ri but is thwarted by deep snow conditions high on the ridge.

2017: Lama and Hansjorg Auer try to climb the southeast ridge of Annapurna III, considered one of the last, great unclimbed challenges on the Himalaya. They decide to turn around when conditions don’t feel right.