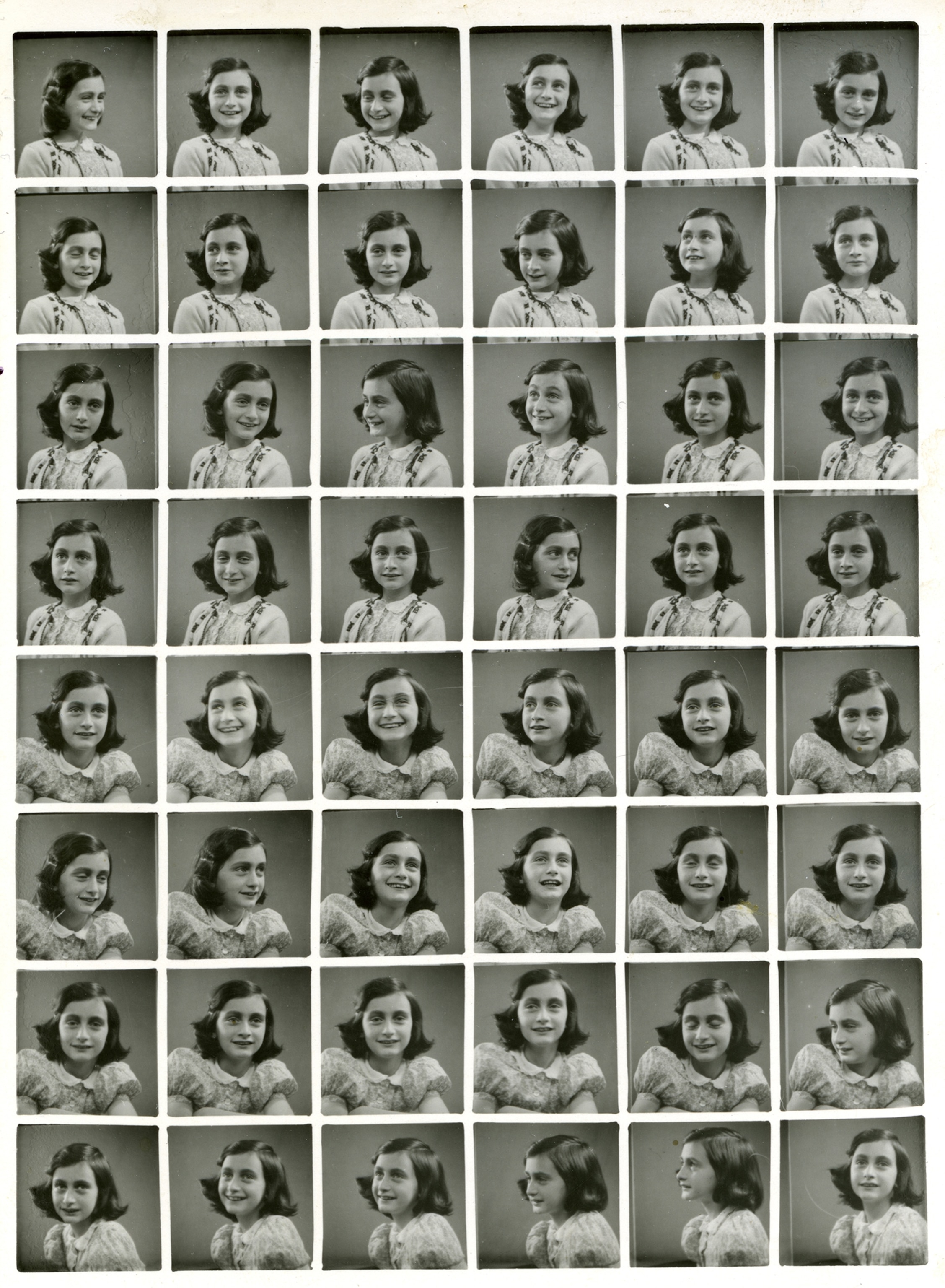 A cold case team is searching for who betrayed Anne Frank

75 years after her arrest, investigators are still exploring how the Nazis discovered the Dutch teen and her family.

Anne Frank is pictured in passport photos in 1939, before she and her family were forced into hiding. The Franks tried to immigrate to the United States twice, but bureaucracy and tight U.S. immigration regulations at the time kept the family in Amsterdam.

AmsterdamAfter more than two years of hiding above her father’s warehouse, Anne Frank and seven others were discovered by Nazi German and Dutch officials on August 4, 1944. The search for who—or what—might have exposed their location continues 75 years later.

Today, historians, data scientists, and even a cold-case forensic team are using new technology to identify the informant—with some suggesting that, perhaps, Frank was discovered by accident.

Frank’s diary, The Diary of Anne Frank, which she wrote from age 13 through 15, is the most widely-read text to emerge from the Holocaust. For the Netherlands, her story of common citizens risking their lives to help those in need has become the most prominent narrative of the Dutch’s involvement during the World War II occupation.

However, Frank’s story glosses over the often-complicit relationship the Dutch had with Nazi Germany. Up to 80 percent of the Dutch Jewish population was killed during the war, the second highest percentage after Poland.

“The Netherlands have cherished the idea of heroism,” says Emile Schrijver, the general director of the Jewish Historical Museum and the Jewish Cultural Quarter in Amsterdam. “It’s taken an entire generation to come to terms with being a perpetrator and being a bystander more than anything else.”

Over the years, more than 30 individuals have been suspected of betraying Frank and her friends and family.

Among the accused includes an overly-curious warehouse employee who worked beneath the group’s hiding place. Although two investigations were opened to see if he was culprit, one in 1947 and the other in 1963, Wilhelm Geradus van Maaren maintained that he was not the informant and, without any evidence, he was not charged. Another suspect, Lena Hartog-van Bladeren, helped manage pests in the warehouse. It’s said that she suspected people were hiding in the warehouse and then started a dangerous rumor, but later interviews with Lena do not confirm that she knew about the hidden people before the raid.

The list of suspects continues, with no evidence to prove or disprove anyone’s involvement. Gertjan Broek, a lead researcher with the Anne Frank House in Amsterdam, believes that the search for an informant might prevent researchers from discovering what really happened. “By asking ‘Who betrayed Anne Frank?’ you actually assume tunnel vision already. You leave out other options,” he says.

It’s possible, Broek says, the Franks weren’t betrayed at all—instead they might have been discovered by accident. There’s a chance that those in hiding were discovered during a search regarding fraudulent ration coupons, he says after a two-year research project.

When considered together, the few verified facts from that day support the claim. First, the German and Dutch officials did not have transportation for the hidden people ready when they arrived—instead they had to improvise. Second, one of the three known officers at the raid was assigned to the unit that investigated economic crimes. Finally, two men providing the Franks and those in hiding with black-market ration coupons were arrested, but one of their cases was dismissed for unknown reasons. It’s possible that one of the men struck a deal; especially considering that an officer overseeing the coupon case was also at the Anne Frank raid.

Although it's possible that the eight people in hiding were accidentally discovered, Broek still can't prove it. “No conclusive evidence in the end, of course, unfortunately. But the more flags you can pin on the map, the more you narrow the margins of what's possible and that’s the main virtue.”

Another group of more than 20 forensic, criminology, and data researchers hope to narrow the margins to a single culprit. The team, led by retired FBI agent Vincent Pankoke, is treating the investigation like a modern cold case. For years they’ve been combing through archives and interviewing sources around the world while also using 21st century technology to crosscheck leads. The team has created a 3-D scan of Frank’s hiding place to see how sounds might have traveled to nearby buildings.

The team is also using artificial intelligence to find hidden connections between individuals, places, and events related to the case. The data science company Xomnia created a custom program that, in part, analyzes archival text to create nuanced and layered network maps.

“What you can do is try to see how often, for example, words or names are used together. If certain names are used together a lot, you can create kind of a network and do some kind of network analysis,” says Robbert van Hintum, a lead data scientist at Xomnia. For example, it’s possible to cross-reference addresses with family relations and police reports to see who might have been involved or aware of various events in Frank’s neighborhood.

“By adding all these dimensions together, an image emerges which you weren't able to see before,” explains van Hintum.

The Cold Case Diary team will announce their findings in a book expected to publish next year.

Out of the eight hidden Jews, only Anne’s father Otto would survive the war. It may be too late to bring a supposed betrayer to justice, but as anti-Semitism is on the rise this research still matters to many. “By better understanding what happened there, we can learn how people treat each other and prepare for the future,” says Schrijver.