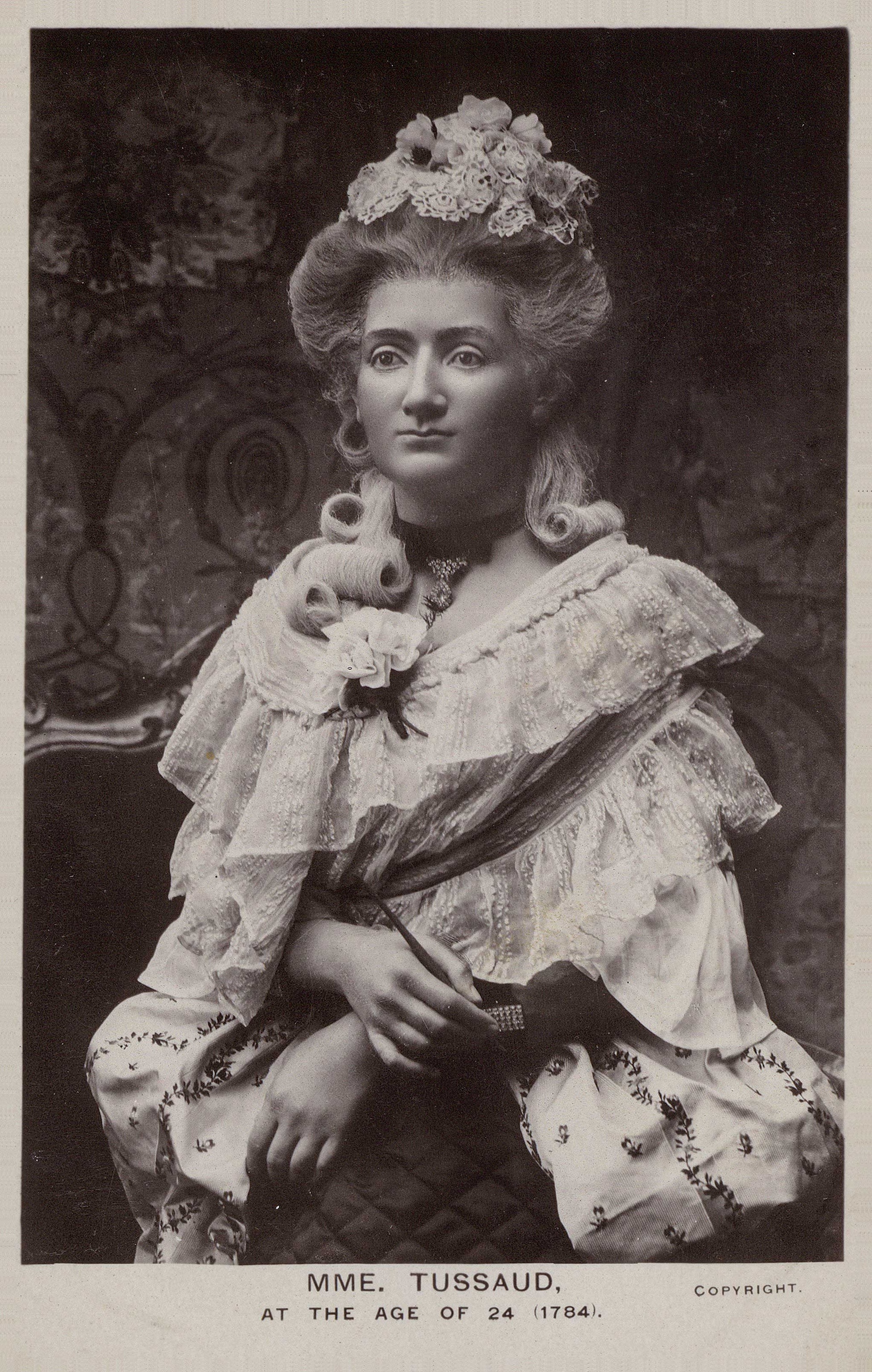 How Madame Tussaud built her house of wax

After surviving the horrors of the French Revolution, Marie Tussaud went on to captivate Britain with her wax figures.

This waxwork of Marie Grosholtz was fashioned by her mentor, Dr. Philippe Curtius, in 1784. The future Madame Tussaud was in her early 20s when she was in residence at Versailles. According to her memoirs, her skills had earned her a position tutoring members of the French royal family. Her placid expression and regal dress give no hint of the errors to come after 1789 when the French Revolution broke out. Witnessing the horrors of the day would give her the toughness and the subject matter that formed the foundation of her later success.
ELGAR COLLECTION/BRIDGEMAN/ACI

Paris seethed with tension in the summer of 1789 as crisis engulfed France. Gripped with revolutionary fervor, the people were clamoring for a greater say in their government. In July outrage grew after King Louis XVI fired his ­reform-minded finance minister, Jacques Necker. A huge crowd of revolutionaries took to the streets of the capital, waving black flags and mimicking a funeral cortège. They bore wax effigies of both Necker and the pro-democracy prince, the Duke of Orléans. Taken from the collection of a well-known waxwork artist, these likenesses may have been sculpted by his apprentice, Marie Grosholtz, who would become better known by her married name: Madame Tussaud.

Years later, Marie sculpted a new collection of waxworks inspired by the horrors of the French Revolution that she had witnessed. These figures captured the public imagination and became the foundation of an empire. Blending the famous with the grotesque, today Madame Tussauds wax museums can be found in cities all around the world, inspiring the same fascination of seeing celebrities rendered in wax as they did in England in the 19th century.

Much of what is known of Madame Tussaud’s early life comes from her memoirs, which she dictated to a friend, Francis Hervé, when she was in her late 70s. The work is full of colorful details and anecdotes, some of which were never verified. Tussaud was very conscious of her image, which she carefully cultivated over the years, and may have embellished. Hervé generously attributed this tendency to her advanced age which led to “recollections [that] must sometimes be in a degree confused and impaired.”