You may have more Neanderthal DNA than you think

A new model upends old assumptions, revealing more Neanderthal ancestry for both modern Africans and Europeans than once thought.

Some 60,000 years ago, a wave of early humans ventured out of Africa, spreading to every other corner of the world. These travelers were met by a landscape of hominins vastly different from those they left behind.

Neanderthals roamed the lands across Europe and the Middle East. Their sister group, the Denisovans, spread through Asia. And whenever these groups met, it seems, they mated.

The genetic fingerprints of this mixing remain apparent in many populations today. Roughly two percent of the genomes of Europeans and Asians are Neanderthal. Asians also carry additional Denisovan DNA, up to 6 percent in Melanesians. But African populations seemed to have largely been left out of this genetic shakeup.

Now a study, published this week in Cell, presents a striking find: Modern African populations carry more snippets of Neanderthal DNA than once thought, about a third of the amount the team identified for Europeans and Asians. What’s more, the model suggests that Neanderthal ancestry in Europeans has also been slightly underestimated.

Study author Joshua Akey, a geneticist at Princeton University, was initially incredulous. “Well that can’t be right,” he recalls thinking at the time. But after a year and a half more of rigorous testing, he and his colleagues are convinced of the find. Some 17 million base pairs of African genomes are Neanderthal, the study reveals, which likely come from, in part, the ancestors of modern Europeans traveling back into Africa and carrying bits of Neanderthal DNA in their genomes.

When thinking about these early migrations, Akey says, “there’s this idea that people left Africa, and never went back.” But these new results, along with past studies, underscore that’s not the case. “Clearly there’s no one-way bridge there.”

“It’s a really nice new piece of the puzzle,” says Janet Kelso, a computational biologist at Germany’s Max Planck Institute for Evolutionary Anthropology, who was not part of the study team. The new model corrects for previous assumptions about Neanderthal mixing, she notes, revealing how much information is likely still lurking within our genes.

“The emerging picture is that it’s really complicated—no single gene flow, no single migration, lots of contact,” Kelso says. While exciting, she adds, it also presents an analytical challenge.

Yet acknowledging the winding roots of humanity and developing methods that can map out these twists and turns is the only way forward.

Scientists have long speculated about Neanderthals’ relationships to modern humans. While the exact question shifted over the years, it’s a debate that goes back to Neanderthals’ initial discovery, says John Hawks, a paleoanthropologist at the University of Wisconsin-Madison who was not involved in the study.

In the last several decades, however, the driving question turned to mixing with modern humans. Did these two hominins interbreed. In 2010, with the first publication of a Neanderthal whole genome, scientists finally had an answer: Yes.

Comparison of Neanderthal DNA to five living humans revealed that Europeans and Asians—but not Africans—carried traces of interbreeding. Studies since have hinted at some limited Neanderthal ancestry in Africa, but no one has fully traced these tangled branches of our family tree. (Read more about the many lines of mysterious ancient humans that interbred with us.)

human relatives. Today only one

All non-African populations have some Neanderthal ancestry, but it’s largely assumed to be minimal for modern Africans. A new study upends that assumption, revealing that both Africans and Europeans carry more Neanderthal DNA than once thought. 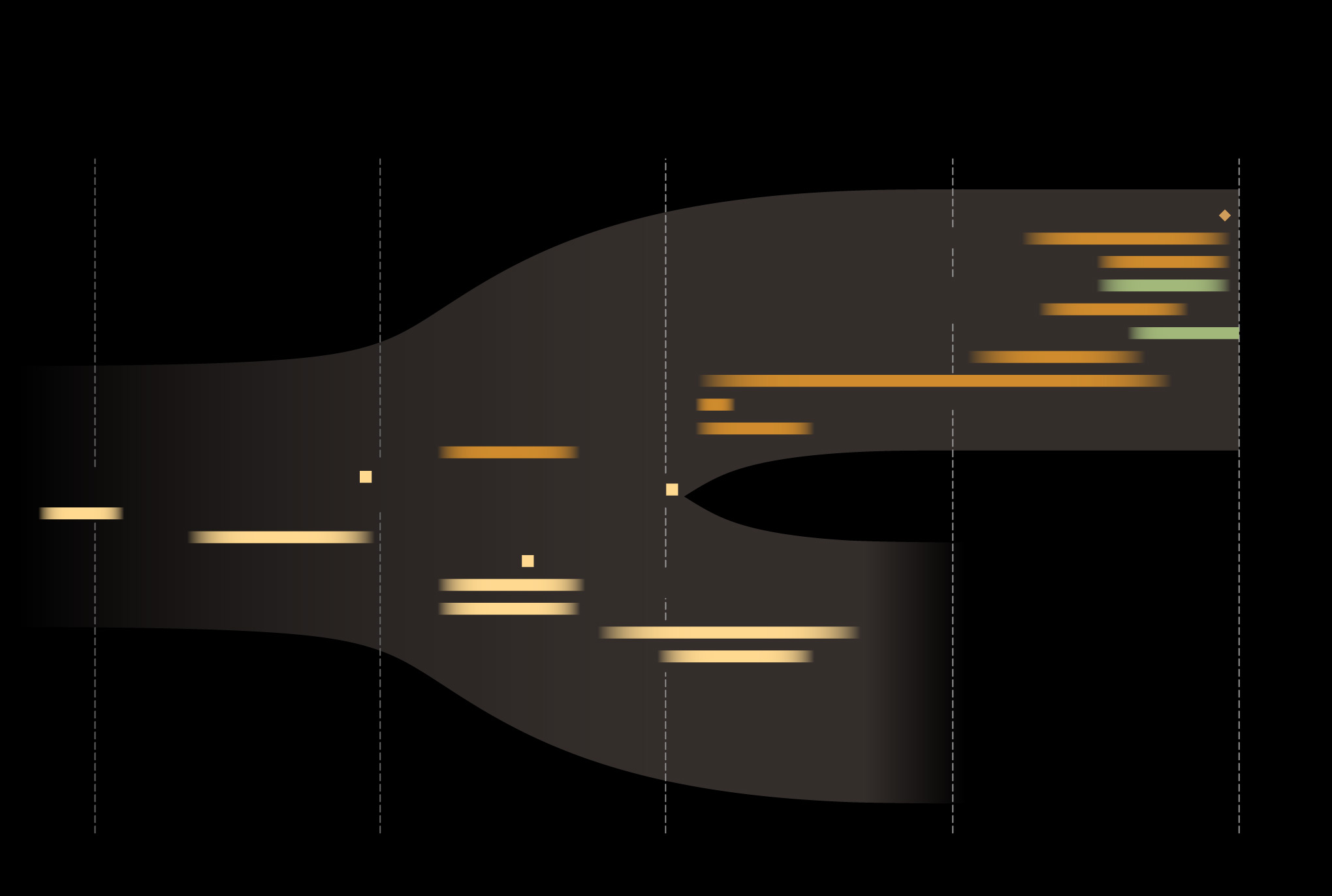 All non-African populations have some Neanderthal ancestry, but it’s largely assumed to be minimal for modern Africans. A new study upends that assumption, revealing that both Africans and Europeans carry more Neanderthal DNA than once thought.

For a fresh look at this genetic mixing, Akey and his team developed a new way to study the scattering of ancient hominin DNA in modern genomes. All models tackling this question must not only identify shared genetic sequences, but they also have to figure out what makes it similar because not all shared genetic code is the result of interbreeding. Some DNA could be similar thanks to a common hominin ancestor.

Many models tracing Neanderthal interbreeding use what’s known as a reference population—the genomes from a group, usually from Africa, that’s assumed to not have DNA from these ancient hominins.

“That assumption was never reasonable,” Hawks says. By setting up a model in this way, these analyses hide potential Neanderthal ancestry for people of African descent.

Instead, Akey and his lab used large datasets to examine the probability that a particular site in the genome was inherited from Neanderthals or not. They tested the method with the genomes of 2,504 individuals from around the world—East Asians, Europeans, South Asians, Americans, and largely northern Africans—collected as part of the 1000 Genomes project. They then compared this DNA with a Neanderthal genome.

Needles in the haystack

The results suggest that modern Africans carry an average of 17 million Neanderthal base pairs, which is about a third of the amount the team found in Europeans and Asians. The result suggests an order of magnitude or more Neanderthal ancestry in Africa than most past estimates.

“There are many more needles in the haystack (that is, Neanderthal sequences in African people) than we thought before!“ Marcia Ponce de León, a paleoanthropologist at the University of Zurich, says via email.

So how did Neanderthal DNA reach Africa? The straightforward answer would be that Neanderthals ventured into the continent. While this scenario can’t entirely be ruled out, Akey says, there’s also no convincing evidence to support this case.

Instead, the data reveals a clue to a different source: African populations share the vast majority of their Neanderthal DNA with non-Africans, particularly Europeans.

It’s likely that modern humans venturing back to Africa carried Neanderthal DNA along with them in their genomes. Modeling suggests that just a tiny trickle over the last 20,000 years could account for its current distribution, Akey notes. Pinning down the timing is tough—a sliver of the genetic contribution also likely comes from more recent invasions of Africa, including the Roman empire and the slave trade, over the last few millennia, he says.

Some of the Neanderthal DNA in Africa also comes from genetic mixing in the other direction. While non-African populations today come from a wave of humans who left Africa roughly 60,000 years ago, they weren’t the first to venture outside the continent. Some might have set out more than 200,000 years ago.

These early wanderers likely interbred with Neanderthals more than 100,000 years ago, leaving their own genetic fingerprints in the Neanderthal genome. Thus a part of the Neanderthal DNA in African populations may actually be traces of this shared past. (Read more about what may be the oldest modern human yet found outside of Africa.)

“Gene flow went both directions,” Akey says. “Some of the sequences that we call Neanderthal in modern humans are actually modern human sequence in the Neanderthal genome.”

The new analysis suggests it’s closer to eight percent or less. “This says most of the Neanderthal ancestry we all carry comes from a shared history,” Akey says.

Yet many questions still persist. For one, could there still be more Neanderthal ancestry we’ve overlooked?

Hawks is quick to respond: “Absolutely, yes.” The present study uses a genome taken from a Neanderthal from a Siberian cave, he notes. But this is not the population that likely contributed to our Neanderthal DNA. While the new method isn’t super sensitive to these types of population differences, Akey adds, it’s still possible that these unknown Neanderthals had a slightly different contribution.

The new study makes a convincing case for the source of Neanderthal ancestry in Africa, says Adam Siepel, a population geneticist at the Cold Springs Harbor Laboratory. He’d like to see it applied to an even greater number of modern African populations to get a more detailed picture of how this ancestry varies across the array of people throughout the continent. He and his team have seen similar hints in the Mandenka people of West Africa and the San of southern Africa, but have not yet verified the results.

It also remains unclear how—or even if—such Neanderthal ancestry might play into the confusing mashup of features seen in many African hominin fossils, Hawks notes. The African hominin fossil record still remains woefully incomplete, composed of tiny snippets of time that we’re not entirely sure how to connect. But this study, along with other recent genetic analyses, point to evermore mixing and migrations, calling for continued reevaluation of our tales of the past.

“Those morphologies, each of them may be telling a story,” Hawks says. “We need to appreciate the stories that we’re getting, and not try to shoe-horn them into a linear view of modern humans and their evolution.”