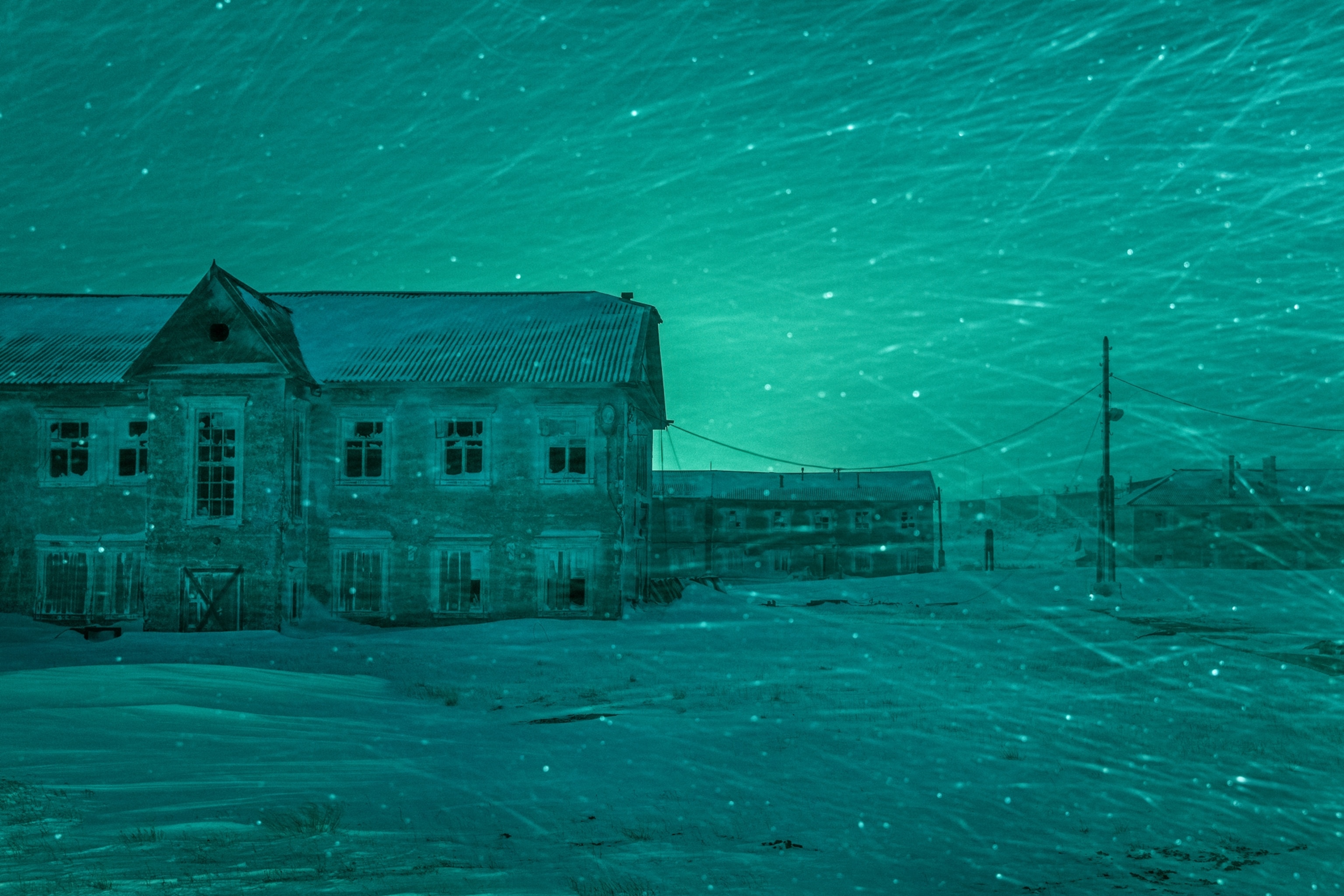 In Russia’s far north, legends and lives are frozen in time

A photographer returns to her roots and the haunting, stark beauty of the polar landscape.

Wind-blown snow swirls past abandoned buildings keeping cold vigil over the empty streets of Dikson. Once the centerpiece of Soviet dreams to develop the Arctic, the port town was slowly deserted after the collapse of the Soviet Union in 1991.

People say that once you have the Arctic in your system, it will always be calling you. I spent my childhood running about the tundra and watching the northern lights as I walked to school in the polar night, the poetic name for the two months of darkness that’s not just winter here but also a state of mind. I left my hometown of Tiksi, a remote seaport on the shore of Russia’s Laptev Sea, years ago to live in big cities and different countries. But the Arctic has been calling me back. I crave its isolation and slower pace of life. In this frozen northern landscape, my imagination flies like the wind, with no obstacles. Every object becomes symbolic, every shade of color meaningful. I am my real self only when I am here.

It’s much the same for those I photograph. Sometimes I think their stories are like chapters in a book, each revealing a different dream but each also connected to a love of this land. There’s the hermit who imagines he’s living on a vessel at sea, and the young woman who dreamed of living with her beloved at the edge of the world. Then there’s the community that’s keeping its past and future alive as its members follow the traditions and retell the myths of their ancestors. And finally there’s the old Soviet dream of polar exploration and conquest. Each dream has its own color palette and atmosphere. Each person who is here is here for a reason.

The first dream belongs to Vyacheslav Korotki. He was the longtime chief of the Khodovarikha Meteorological Station on an isolated peninsula on the Barents Sea—a slender, barren spit of land that, Korotki says, feels like a ship. When I first met him, I instantly recognized his tarpaulin jacket, the kind all men wore back in Soviet times in my hometown. He is what is known as a polyarnik—a specialist of the polar north—and has dedicated his life to work in the Arctic. He still helps report the weather.